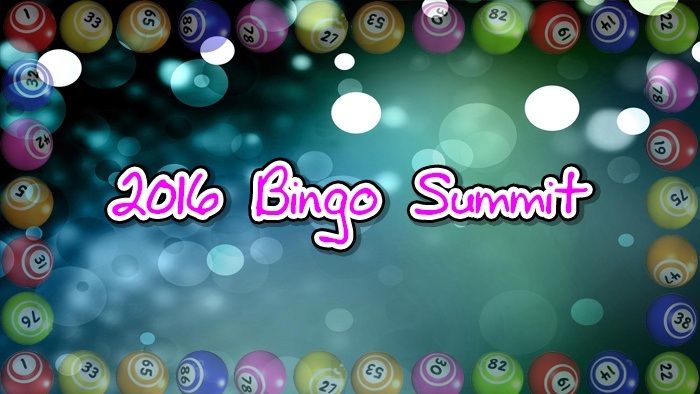 The eleventh annual Online Bingo Summit by Bullet Business was recently held at the Royal Garden Hotel in London, where leaders in the online bingo industry got together to learn and have some fun. The conference was comprised of sessions, networking breaks and a post-conference party.

The Online Bingo Summit featured speakers who shared insights from their many years in the bingo industry. The topics that were covered included social media, television advertising and platform strategies.

Luke Brynley-Jones, Founder & CEO of Our Social Times, shared that the industry is getting social media “all wrong” when it comes to playing bingo online. This is primarily because online bingo companies do not believe that social media is a strong channel capable of delivering ROI.

According to Brynley-Jones, there are the five major areas that online bingo companies need to improve in their social media strategies: Strategy, Content, Skills, Budget and Measurement.

Brynley-Jones adds that out of the three major channels of social media – Facebook, Twitter and Instagram – it is Instagram that online bingo companies have to watch out for. Instagram has the highest engagement rate, and has the greatest ability to build a mobile bingo community.

The next event of the summit was the White Label Model debate that featured the following speakers: Ben Starr of Jumpman Gaming, Simon Dunne of Broadway Gaming, Andy Edwards of MadAbout Media and Sreeram Vanga of Cozy Games.

White label is the name given to a product (in this case, an online bingo game) that is produced by one company thn bought by other companies or sites, where is it rebranded to appear as a different game.

Edwards begins by stating that online players do not realise that they are playing on a white label. He also adds that the wide variety of choices for players is what keeps the market going.

Starr chimed in and said that his platform “lowers the barrier of entry to allow people to market” to those who play online bingo UK. He added that the ability to take out white labels “increases innovation and player satisfaction”.

All in all, message that there is a role for white labels in the online bingo world was pronounced. These bring about a more innovative and developed industry.

The relationship of TV shows and bingo brands were also a topic in the summit. Angus Nisbit of Gala Bingo, Simon Collins of Gaming Realms, and Simon Murphy of FremantleMedia UK all talked about the successful leverage of TV show brands for online bingo.

Murphy stated that TV game shows have “mass market appeal”, which online bingo can take advantage of. He added that the nature of the show has to be a good fit for gaming, like Deal or No Deal.

The annual WhichBingo Awards took place right after the summit. Gala Bingo took home a number of the awards that night, and you can check out their latest online bingo offers by visiting Gala Bingo online. The annual BingoPort Players' Choice Awards were held earlier this year, and Foxy Bingo led the field there with three awards. Here, they've taken out two.