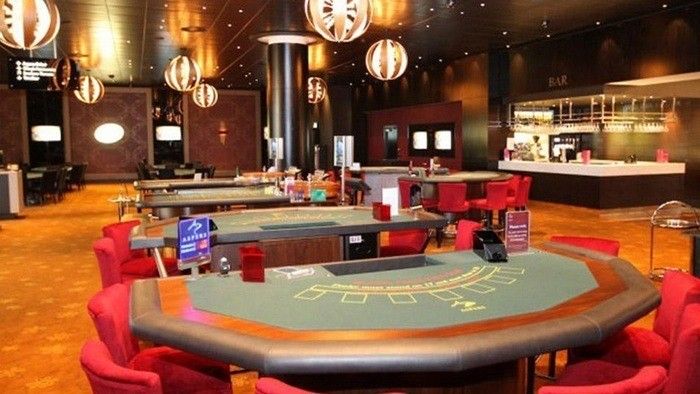 The operator of the planned casino on Southampton’s redeveloped Royal Pier Waterfront has just been announced. The Aspers group has won the right to build a new massive casino following a couple of years of competition for the spot. The casino will be built as part of the £450 million Royal Pier complex, and just might become of one the top casino hotels.

The Aspers group was granted a licence by the government for up to 150 slot machines and 30 blackjack card game tables and poker tables. The slot machines will have a maximum jackpot of £4,000. Aspers also announced that the casino will offer fine dining choices and live entertainment in the heart of the waterfront complex.

The group beat out rivals Grosvenor, Global Gaming Ventures, Kymeira Casino Ltd, as well as Genting Casinos Ltd that offers no deposit casino bonuses at its website. This licence is the of eight large casino licences to be issued in the UK. The project is expected to create at least 180 local jobs.

An Optimistic Partnership with the City

Matt Tucker – the chairman of Southampton City Council’s licensing committee – said that the project was the “largest and most complex competition” for this type of licence in casino gaming through the years. He said, “The regeneration of the waterfront at Royal Pier and Mayflower Park has been a longstanding aspiration for the city.” He also added that the “casino will play a big part in making the redevelopment happen.”

Damian Aspinall, the chairman of Aspers Group, said: “We are delighted with the council’s decision to award Aspers the large casino licence for Southampton. Aspers is dedicated to delivering an exceptional venue in Southampton, creating jobs and working closely with the local community.”

The casino will have everything from poker, slots, roulette and casino card games. Aspinall also adds: “We are very proud to have successfully delivered the first two operational large licence casinos to the UK and are excited to now have the opportunity to bring a third high quality Aspers casino, including bars, restaurants and live entertainment, to the city of Southampton.”

The casino is required to give £100,000 to the council upon granting the licence, and another £150,000 will be given upon the opening. The council will also receive at least 2% of the gross gaming revenues that casino will generate. Furthermore, the Aspers group will pay £50,000 a year towards ongoing problematic betting initiatives. Punters who are excited for the complex may check out the latest online casino sites in the meantime.

The Royal Pier Waterfront development project will also include 730 apartments, 50 shops and restaurants, as well as a 250-bed hotel. The overall project will set to create 10,000 new positions, including construction roles.

If you want to read about what you can win from casino gaming and try your luck online then visit HitYah! Casino.