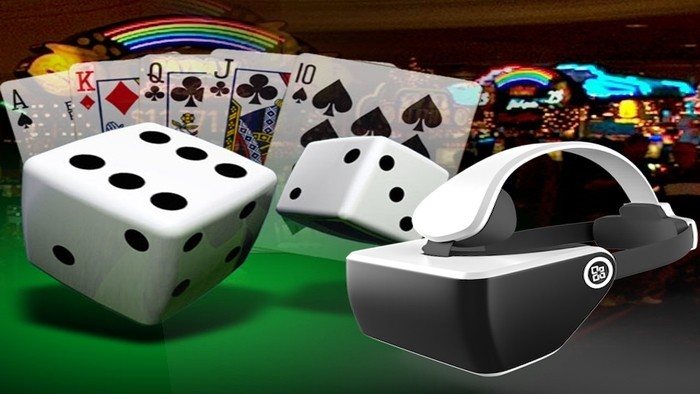 Virtual Reality: The Future of Online Casinos Has Arrived

Imagine this. You are inside your home, at your spot, spinning the reels of your favourite slots at one of the top online casinos in the UK. It’s a typical day and you wager like the usual, and at times, you come across considerable wins. Then, in one random spin, you trigger a bonus round and somehow get transported to a different dimension. Just a second ago, you were spinning the reels in the comfort of your own home, and now, you find yourself in another place. Then a flash of psychedelic colours appear and in a few seconds, you are holding a sword, about to face a five-headed monster.

Somehow, you have become a medieval prince on an adventure to find hidden treasures. Then, floating before you is a message saying, “Cut off Three Heads to Reveal Your Prize.” You’re now experiencing fast-paced action filled with bigger payouts and prizes!

You ask yourself, “Is this real or is this just a game?”

You touch the arms of your chair and realise that you are still inside your house. You then remember that you are wearing a Virtual Reality (VR) headset and playing online casino games through this device. This narrative might sound like something taken from a dystopian sci-fi novel, but you will be surprised to discover that we are close to having the same virtual reality experience while playing at home.

What is VR and How Can it Change Online Casino Gaming?

Through the years, there have been VR developers who have been building and manufacturing headsets that will provide an out-of-the-ordinary experience to the players. Using VR headsets, people have been able to virtually reach the top of Mount Everest, explore spectacular shipwrecks at the bottom of the ocean or even participate in horse races. People who have tried it have said that the experience looks – and feels – real.

With VR technology, players can visit live online casinos that have been digitally constructed to replicate all the physical features of a brick-and-mortar one. They will hear the chattering sounds coming from the crowd and as they enter the room, they will look down and see the velvet floors. The bright neon lights and upbeat sounds of the online fruit machines will be so inviting that they will think they are in an actual casino in Las Vegas. With the controller, these players can explore the different games of the casino and join a table. They can interact with the dealer and even with the other players. With VR technology, you can experience all these right in the comfort of your own home!

SlotsMillion is the first 3D and VR online casino app. If you want to have a taste of casino virtual reality, you can visit that site and bet using your actual money. As long as you have an Oculus Rift headset, you can visit SlotsMillion’s lobby which is situated on the highest floor of a virtual skyscraper. There, you can choose from a selection of immersive 3D slot games.

This 2016, a number of hardware developers have launched and will launch their own version of a VR headset. One of the widely talked-about product among them is the Oculus Rift. When it was still a start-up business in 2014, social media giant acquired Oculus for more than £300 million. During that time, the product was only available to fellow developers. However, this year, the brand released VR headsets for public consumers. Other brands to watch out for include Sony (Project Morpheus, powered by PS4); Microsoft (HoloLens) and HTC (Vive).