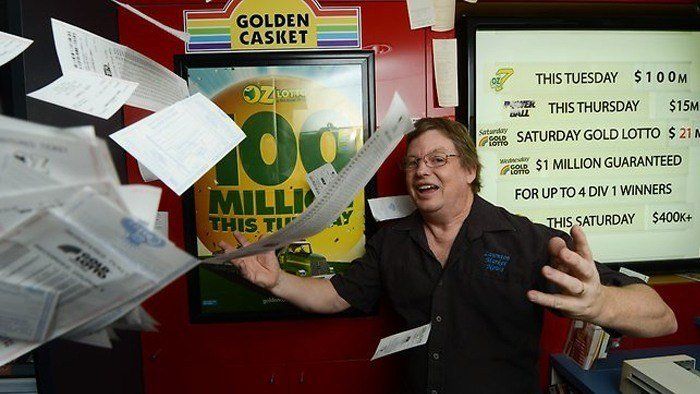 An intense dispute between workers in western Sydney over who gets a share of a AU$40 Million Powerball jackpot is heading to court, due to one syndicate member who claims he was left out of the deal.

An Attempt to Secure a Share of AU$2.7 Million

Lawyers have filed proceedings in the Supreme Court of New South Wales in behalf of Brendon King, a production manager who claims that he has a right to AU$2.7 Million because he is the 15th member of a winning syndicate.

The members of the syndicate bought a ticket on a whim in Campbelltown earlier this month. When it came to choosing powerball lottery numbers, the syndicate got it right. The group was made up of 14 factory workers who rejoiced when they saw their winning combination come up in the May 5 draw. The Australia Powerball results showed that they had collectively won AU$40,445,165.

“This was a long running work syndicate and our client is the only member who has been excluded from this winning syndicate,” said Luke Whiffen of Shine Lawyers NSW Commercial Litigation and Insolvency.

He adds, “We are aware that other syndicate members are upset by the way the registered ticket holder is treating our client.”

Despite defeating the Australia Powerball odds, the dispute has now escalated to the point of legal proceedings. If King and his lawyers fails in their court bid, the jackpot is split into 14 shares, and each syndicate member will get AU$2.7 million. In this scenario, the ticket holder and his two sons will receive around AU$8.57 million.

If King and his lawyers succeed in their bid, the jackpot is split 15 ways and each member including King gets AU$2.66 million. In this scenario, the ticket holder and his two sons will get AU$8 million.

According to King, the atmosphere at the factory where they work has become so emotionally toxic that he has been working from home. King said he “felt betrayed that a work colleague I’ve been supportive of can openly do this.

“I feel let down that the other members who know I am part of the work syndicate aren’t willing to stand up for what is right. If someone else was in this position I would be the first one to talk to the group, to do the right thing. I have worked with these gentlemen for five years and when they’ve fallen on tough times, either at work or at home, I have supported them.”

He adds, “I hope that this will all be cleared up quickly and that all the members in the syndicate receive their fair share.”

A Friendly Reminder for All Lotto Players

In light of the events, NSW Lotteries issued a reminder to players: “When participating in a syndicate with family, friends or work colleagues to keep good records and we recommend that each member of the syndicate be provided with a copy of the ticket so that all syndicate members have the details of the entry and the excitement of the win can be shared.”

So just keep this in mind when you buy Australia Powerball tickets!