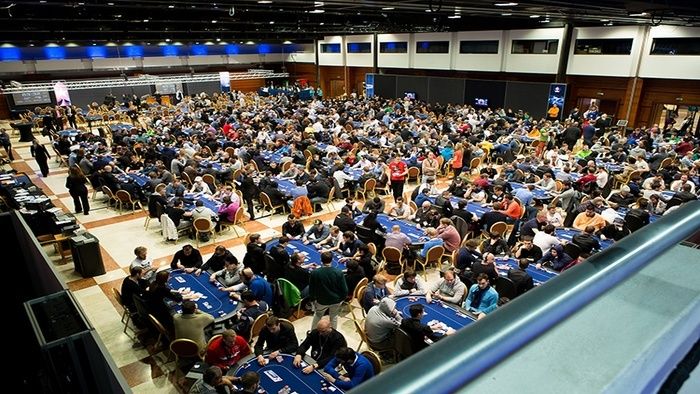 5 Ways to Reach a Broader Audience in Poker

Just recently, the Global Poker Index hosted a conference where relevant topics on poker were discussed. Aside from increasing one’s poker net worth, extending poker’s reach to a wider audience is one of the significant topics in the poker community. Four panels from the conference provided insights on this topic which may contribute greatly to the industry. While you’re managing your online poker bankroll, it would help if you read through the list below to see potential changes in the poker community.

One of the ideas presented at the conference was in using Twitch as a venue to reach out to the audience. The idea works well as it provided the audience the feeling of inclusion to the poker industry. Ordinary players who enjoy online poker games for cash can feel that their opinions matter – that they are not just out there to be spectators of others’ fortune and fame.

Through Twitch, poker players can maximise the potential of including the audience in their show. With the efficient use of the interactive chat, players can discuss gameplay with the audience, answer their questions, and even ask for their suggestions.

There are a number of poker podcasts that do something similar. However, some broadcasts can last beyond an hour and it makes it more difficult for audiences to engage longer in these in-depth discussions. Twitch offers a more accessible alternative as it does not require the audience to commit long hours.

Social media also offers a more engaging platform in the industry. For instance, PokerStars regularly offer prizes through contests run on Twitter. A lot of poker companies get their audience involved by using social media to ask for their interests and ideas for new content.

2. More Women in the Poker Industry

One of the panels from the conference focused primarily on attracting more women into the poker industry. A lot of the ideas were not new as they have been debated for years. These insights include tournaments exclusive to women, bringing more media focus on female poker stars, and removing the sexist stereotypes in the industry as illustrated in the WPT’s Royal Flush Girls.

On the other hand, there were ideas which were not commonly discussed in the poker industry. For instance, the panel suggested that poker should be rebranded for women. Playing online poker for fun and as a hobby should be promoted to women, instead of marketing it as a career. Moreover, women should be able to view it as a mind sport and not a video game.

A majority of female poker players are not aware of Twitch and other platforms for poker fans. Through free to play online poker games and Twitch, potential players can be introduced to the game at the basic level.

3. Tone Down the Poker Jargon

As previously mentioned, Twitch is a platform that non-gamers are generally not aware of. Moreover, newbie poker players can easily get drowned in the wave of technical jargon and lingo.

One of the panels shared that some of the lingo should be supplemented with basic explanations, while the other panel discussed talking about poker at its most basic level so more potential players can feel welcome.

Watching out for poker techniques that pros use, hard core poker players are the ones who stream Twitch games and watch hours-worth of WSOP coverage. However, there should be a way to incorporate basic poker with the language of the poker experts. When poker jargon like "cut-off" or "three-bet" are used in TV broadcasts, there should be a footnote that offers the terms’ definitions. There are several ways the industry can cater to all levels pf poker players at the same time.

Poker enthusiasts can also bring their interest to the game anywhere by watching WPT or the WSOP on their phones or tablets. Moreover, poker sites with free to play online poker games should offer information about the legalities of the industry in the United States. To date, players who are physically located in New Jersey can go to Poker Stars NJ as of their 21 March 2016 launch to legally play poker online.

A lot of pro poker players treat the game as they should – like a profession. In most cases, they tend to control their emotions, appearing numb even to important matters like money.

However, it would be refreshing to see players showcasing their emotions and feelings. Doing so definitely adds hype to a certain upcoming tournament. For instance, Fedor Holz tweeted about his thoughts when he was selected by Maria Ho at GPL Draft Day. When he was chosen for the LA Sunset team, he said some emotional words on stage. Fans were definitely cheering for him during the event as well as on social media.

Even players who turn to online poker for real money were refreshed to see a pro player deeply care about the game. It is imperative for the media to support players who are outspoken when it comes to their love for poker. People love to see the drama and emotions and these factors can potentially attract a broader audience to the industry.