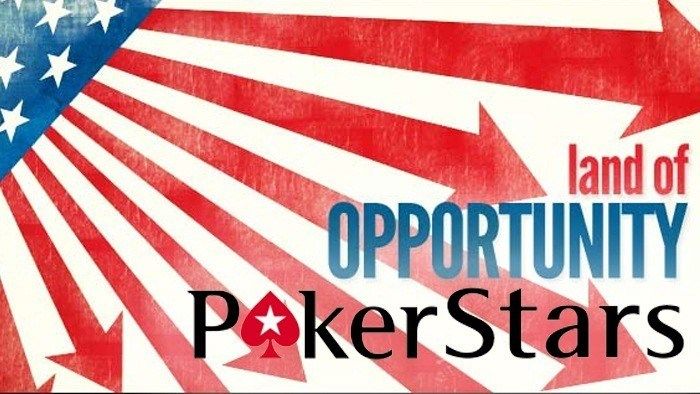 Hopeful Year Starts With PokerStars NJ, but What About Other States?

The beginning of 2016 has been rocky for online poker in the United States. A series of legislative processes have stood in the way of online poker being accessible to its players. Internet poker fans have only been hearing about bills being drafted, presented and amended without any assurance of the outcome.

All of this changed on the day of the Global Poker League draft, and hours before announcing the winners of the American Poker Awards 2016. Amaya Gaming Group dropped the great news: a launch date for PokerStars New Jersey.

Online poker players in New Jersey are definitely getting ready for the return of the famous site and reading up on poker tips from pros. PokerStars announced that the official launch date is on March 21, 2016. The New Jersey Division of Gaming Enforcement completed its investigation last year and reported that PokerStars was authorized to join the state’s gaming industry.

New Jersey may only be one state for now, but this launch is another important step in what many poker enthusiasts hope will eventually be regulated online poker throughout the entire U.S. New Jersey, along with Delaware and Nevada enacted on a poker legislation way back in 2013.

Amaya, the Canadian company that now operates PokerStars and Full Tilt Poker, is prepared to abide by the letter of U.S. law, as well as bring in more players to the burgeoning industry. Legislators from other states in the country may not be able to see the actual numbers to back up the power and influence of PokerStars NJ until after a few months, but most analysts agree that any market that includes PokerStars is a potentially powerful one.

Amaya will also be holding a PokerStars NJ soft launch from March 16-20, wherein 500 players will be allowed on the site. For those who want to participate, check out the PokerStars site. On March 16 and 17, the site will be accessible from 4:00 PM to midnight. On March 18, the site is accessible from 8:00 AM to midnight. On March 19 and 20, the site will operate for a full 24 hours in preparation for the actual launch the following day.

PokerStars NJ formed a partnership with Resorts Casino and Hotel to be able to operate in New Jersey. Poker players are given the option to deposit in person at the Resorts Casino, or use other poker deposit methods like Skrill, VISA, MasterCard and NETELLER.

Because one of the top online poker sites is launching within a few days, poker fans are hopeful that this will prompt other states to enact betting legislations sooner rather than later. Here are updates on U.S. online poker legal and legislative matters as of February 2016.

In January, poker enthusiasts were a bit disappointed that Assemblyman Adam Gray pushed the pending online poker bill (called Assemblyman Reginald Jones-Sawyer’s AB 167) out of the way so that a daily fantasy sports bill could be discussed in the hearing process.

Gray has since filed two new online poker bills – AB 431 and AB 2863. The latest updates show that a significant number of Indian tribes have endorsed the latest legislation, AB 2863. Rincon Chairman Bo Mazzetti issued a statement on behalf of his tribe, saying that the “open and honest dialogue this year” that led to this bill. He adds: “Paramount to any gaming legislation is the protection of children and the vulnerable; California job creation; revenue generation for state services, and consumer protection. AB 2863 expands upon all of those ideals. We support Assemblyman Gray’s efforts and look forward to getting this done in 2016.”

Gray managed to introduce the bill before the mid-February deadline, but he has yet to arrange for a hearing for the fate of internet poker sites.

Negotiations are ongoing in California, so perhaps there may be positive developments to come with the next two months.

In December 2015, State Representative John Payne submitted a bill for online poker under the name HB 649. The bill passed the House Gaming Committee by a vote of 18-8. Since then, however, there have been no updates regarding Payne or where the bill sits.

For PokerStars fans who are living in the state that houses the betting capital of the world, there has been quite the disappointment. The state has online poker legislation that will keep PokerStars out of operation under early 2018. Nevada regulators might consider amending the statutes, but no date has been announced for the meeting regarding the amendments.

Sadly, Washington’s online poker bill is now dead. There wasn’t much hope for the HB 1114 to begin with, and now as it stands, to play online poker for real money remains a felony crime in the Evergreen state.

At the very beginning of this year, it was announced that there would be a Senate hearing scheduled for February 2 to discuss the current online poker legislation in New York. The Racing, Gaming and Wagering Committee was set to hear testimony from detractors and supporter, after which there would be a vote.

And gladly for all the poker players out there, it passed that stage! Hopeful players can at the very least begin planning how to increase online poker net worth. A unanimous vote indicated that online poker has finally gained some ground in the Big Apple. The next steps to be taken are up to Assemblyman J. Gary Pretlow, author of A9049, and State Senator John Bonacic, author of S5302. Broadly speaking, these bills will allow New York to enter agreements with online poker rooms and have the ability to launch a fully regulated and legal online poker framework.

This has been the most successful attempt that online poker has made in New York so far. Poker fans have yet to see if the legislators behind the bills will push forward in a meaningful way, but there is much optimism surrounding the matter.