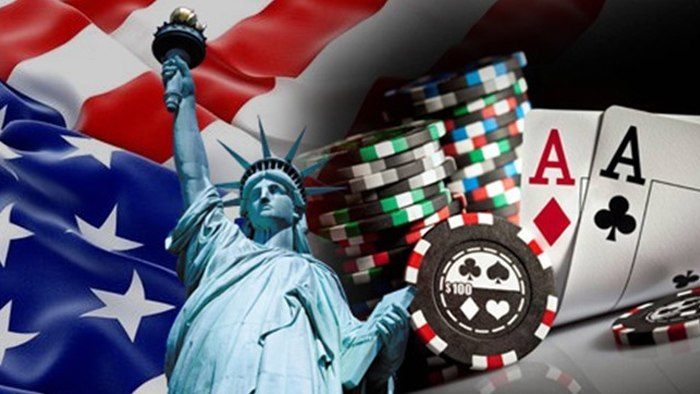 New Yorkers, rejoice because you may welcome the best online poker sites in your state soon! For the first time, the New York state senate has passed an online poker bill. With a 53-5 vote, the said legislation (SB S5302) which was authored by Senator John Bonacic, is set to legalize online poker operators as long as they acquire license from the state. With this step in the online poker industry, experts believe that the market in New York would generate more than $120 million in income for the first 12 months. With this forecast, we can expect to see big poker sites in New York soon.

What New York Players Can Expect Once Online Poker is Legalized

While there are still many questions left unanswered regarding the fate of online poker, players are still free to explore the possible benefits they can gain once the bill has been finalized. One of the best things they can expect is the entrance of big poker brands. Just imagine - you would be virtually hobnobbing with big poker players!

These sites are also known to give away the best online poker bonuses. For instance, if you decide to sign up with Poker Stars, you will be given a code which you can use to get a free dollars bonus! You can get $20 for free that you can use to play poker online. Once online poker in New York has been legalized in the state, you can start redeeming bonuses!

Online Poker and the NY Senate

This move marked the first time an online poker legislation has been approved by any chamber in any states beyond the three that have already legalized it – Nevada, Delaware and New Jersey. The bill from Senator John Bonacic was approved by the second committee earlier this month. MGM Resorts recognized that move. The company’s General Counsel, John McManus, said, “Creating a safe, regulated option for online poker players in New York would generate millions in new tax revenue that could be used for education and other critical investments.

“We applaud the Senate for passing this sensible legislation that will help protect New Yorkers who have for years played online poker on unprotected, off-shore poker websites that today operate with no regulation, fraud controls, or age restrictions. This bill will open opportunities for all providers of online poker to deliver a safe, regulated alternative.”

Poker fans in the New York state have been waiting for quite some time for the approval of the online poker bill. New Jersey was the last of the three aforementioned states to open its doors to the regulated online gaming industry. It passed its online poker legislation last February 2013 and welcomed Poker Stars in the Garden State March of this year.

Gary Pretlow on Online Poker Bill: It "is dead"

While a lot of poker players have been celebrating the good news, there are still some people who remain pessimistic about the industry. Within the day that the legislation was passed, New York Assembly racing and wagering committee chairman Gary Pretlow said that online poker’s legalization in the state “is dead.”

The online poker bill has to go through the approval of the state Assembly. However, according to Assembly Democratic majority spokesperson Michael Whyland, the Assembly still has to meet and discuss the bill before making a decision on it. There has not been much-reported support from the Assembly while its session is set to end on Thursday, June 16.

The constitution of New York prohibits the state from gambling activities, except on horseracing, state activities and casinos approved by the legislature. On the other hand, the bill would bypass the online poker games Texas Hold’em and Omaha Hold’em by classifying them as skill games instead of games of chance.

Online poker operators would have to pay $10 million to acquire ten-year licenses. This amount would be applied to a 15% tax that the poker sites would owe the state on their revenue from their online gaming operations.

Bonacic mentioned that for the players to be permitted to participate, they have to be at least 21 years old.