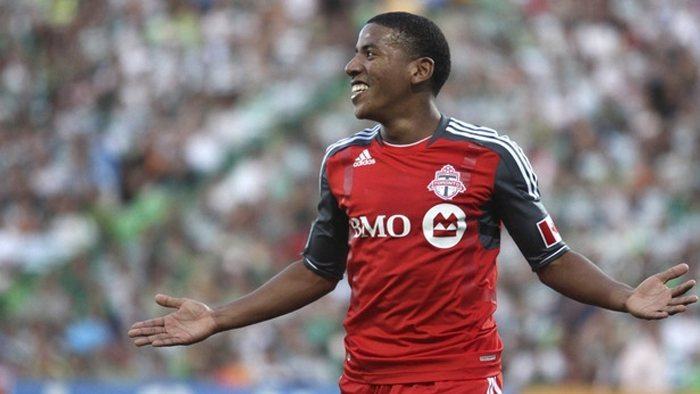 With the growth of Major League Soccer (MLS) in recent years, players from around the globe have moved to North America to try their hand at the league. Now in its 21st season, MLS is seeing unparalleled growth inside and outside of the US and Canada.

Despite the big names that have arrived, not all are the must-watch players in the league. Here are five MLS players to watch for in 2016, while you follow all the latest MLS results and scores to see how your favorite players a performing throughout the season.

At 5 foot 2 inches (1.6m), Joao Plata is the shortest player in MLS. However, that has not stopped the Ecuadorian from being Real Salt Lake’s most influential player. Already with four goals and three assists in eight matches for RSL this season, Plata is the heart of the team’s attack. In fact, Plata has scored or assisted in each of the club’s matches this season, except one, and his work rate is vital to RSL’s attack. An 80% pass success rate this season, Plata is capable of pulling the strings as either a second striker or winger in a 4-3-3. Fully fit this term, Plata should return to the excellent form of 2014 that saw him score 13 goals and add nine assists.

One of Colorado’s big offseason signings, Jermaine Jones has the Rapids flying high, as the team sits near the top of MLS. In only four matches this term, since coming off a suspension that kept him from playing the opening six fixtures, Jones has tallied three goals and an assist. Despite being 34, Jones’ was brought in to be a veteran leader on a team that has been very poor in recent season. Jones’ signing was ridiculed by many as the former Schalke midfielder made over $3 million with the New England Revolution. Although he may not be on quite that much now, he is being paid handsomely by the Rapids in 2016, and is expected to get them deep into the MLS Playoffs in the autumn.

Although he may not have the most clean sheets in MLS this term, Andre Blake has solidified his place as the Union’s No. 1. The goalkeeper position has been a position that the Union have had plenty of difficulty with since joining MLS, yet Blake looks to be the man to fill the No. 1 shirt for years to come. At only 25, Blake is still learning his position at the professional level. He has only played in 15 matches over three seasons for the Union, as he was eased in slowly, now as the team’s starter, Blake is helping to carry a team that has disappointed since joining MLS in 2010. Blake’s 28 saves and two clean sheets have helped the Union to the top of the MLS Eastern Conference.

Fanendo Adi was a key player in Portland’s MLS Cup win a season ago. This season, he has been on fire, tallying 47% of the Timbers’ goals. The Nigerian is a pure finisher, and what he lacks in other departments as a No. 9, Adi makes up for in his ability to score goals. Adi already has two multi-goal games this season, and if he can get some support from his teammates, there is no reason the Timbers cannot make a run at the Supporters’ Shield before attempting a MLS Cup repeat.

Toronto FC’s reliance on Sebastian Giovinco is criminal. The Italian took the MLS by storm last season, winning the league’s Most Valuable Player Award. This season, Giovinco is on pace to repeat that individual honour; although any team honours are unlikely with such a one man show at BMO Field. Giovinco’s six goals have accounted for 60% of Toronto’s offensive production, and he has assisted the other four goals the team have scored. Without Giovinco, Toronto would be near the bottom of the MLS table. Their reliance on the Italian will most likely prove to be their downfall by season’s end, unless the team’s overpaid and overrated striker Jozy Altidore, can demonstrate that he is worth his salary.