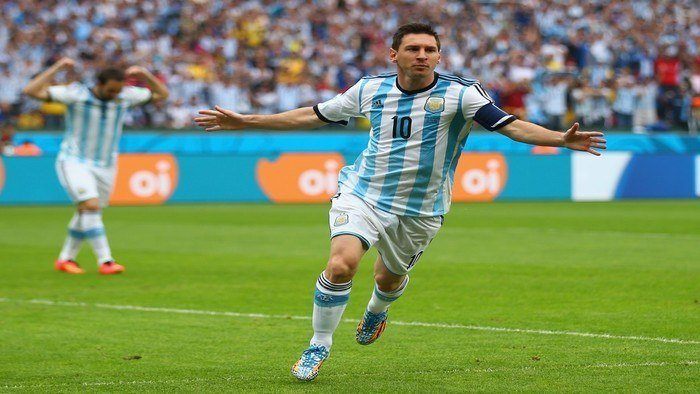 Last year was great for the world of soccer. With all of the games that are coming up this year, now is a great time to review and take a look at all your soccer betting options. And, if you aren’t already sports-betting savvy, don’t worry! We have some great tips that you can always check out.

But, if you already are sports-betting savvy and on the prowl for new information to improve your odds, then check out this list. To further put you on the path of sports-betting prowess, let’s take a look at the names that dominated soccer in 2015!

In 2015, Messi raked in five trophies, scored 47 goals and provided 23 assists. This is proof, yet again, that Messi continues to take the game to even greater heights. With this Argentinian, there is never a flicker of complacency. He continues to impress with his speed, balance and knowledge of making the ball do whatever he wants. Messi is the first football player in history to receive one Ballons d’Or and four FIFA Ballons d’Or. These are only some of the many reasons why he is considered by many as the best player on the planet over the last seven years.

As of October 2015, Ronaldo overtook Raúl and became Real’s top goal scorer of all time, with a total of 324 goals. Besides this, he also set a new Guinness world record for the “Most Liked Person on Facebook”. At age 30, he has 12 years in elite level experience of football. He relentlessly continues to deliver a steady stream of assists, shots, goals and arm-waggling sprints as the all-time galáctico in the centre forward role.

There is no doubt that Neymar is one of the most promising athletes of today. This Brazilian has scored more goals than Ronaldo and Messi when they were at the same stage in their careers. In November, Neymar was shortlisted for the Ballon d’Or for the first time. This is evidence that it is only the beginning for this 24-year-old. Alongside Suarez, he is considered to have one of the best attacking line-ups in the history of the sport.

Although this Barcelona striker has a way of digging himself right into the penalty box, he remains an incredible fighter for his team. In 2015 he managed to score 46 goals and 22 assists in only 56 games. Suarez has tallied 103 goals in his last four full seasons. This is why Barca did not hesitate paying Liverpool close to US$100 million for him after the 2014 World Cup, despite his series of misbehaviors.

In October 2015, Ibra overtook Pauleta and became PSG’s all-time leading goalscorer. Even though he is known to be a moody player on the field, his overhead kicks make up for it. Still an incredible force in the club, Ibra is determined to make that most out of his final years in in top-level football.

Neuer is arguably one of the best goalkeepers in the world. He has won the German Footballer of the Year Award and has been voted into the UEFA Team of the Year. This 29-year-old exudes confidence in everything he does and dictates the rhythm of the team’s buildup play. Interestingly, he almost never made the goalkeeper position. At 13, his coaches were so concerned about his lack of height that they thought of making him an outfielder. Luckily for him, and for us, a growth spurt got him right back on track.

With 85 goals, Agüero is the top scoring South American of all time in the Premier League. His highlight for 2015 was the three goals in five games that took Argentina to the Copa América final. Agüero showcases his abilities in playing off the shoulder and striking from a distance so well that only a select few can match.

When asked to describe Sánchez, Arsène Wenger says Sanchez is like a lion hunting prey: “He is this kind of killer,” Wenger says. “When they go, it is to kill and after, they have to stop. His style is very explosive.”

Sánchez is someone truly worth watching. In 2015, Chile won their first major trophy when he scored the winning penalty shootout. His combination of power and precision truly make him a deadly force.

Today, Pogba is considered one of the best box-to-box midfielders on the planet. He dominates the field with muscular interventions and eye-catching techniques. Manuel Pellegrini may have said that he has a long way to go before being an equal to Yaya Touré, but the evidence on the pitch suggests that Pogba is well on his way to being at the top.

Through the past decade Iniesta has earned seven La Liga medals, four Champions League winner’s medals and other countless awards. He may not have the goal-scoring stats of some of his teammates, but it is his consistent play that allows them to score. With Xavi gone, Iniesta is considered the bridge from the Ronaldinho days to the present era. A true sportsman, he is known to be very modest, and never creates problems for the coaches he works under.

Although 2015 was not as fruitful for him as the couple of years before were, Bale is still the athlete who boasts enough pace and skill to defeat his opponents. Since his senior international debut for Wales, he has scored 19 international goals and earned over 50 caps. He is Wales' joint fifth-highest scorer of all time.

Müller is a proud Bavarian who is valued for his leadership qualities and high effectiveness on the pitch. He is now the top scoring German in the competition, with a total of 33 goals in 76 games. There’s a lot of talk that this 26-year-old will be taking on an important role at the club after his fruitful career.

This year was a tough start for this Chilean as he was still recovering from a knee injury. But Vidal got back on track by the end of the campaign, showing the spectators exactly why he is known to be one of the best all-around midfielders. He may just turn out to be one of the key figures for Bayern Munich after his transfer from Juventus.

It seems that Manchester United’s recent triumph is having De Gea sign on the team. He has been voted as the club’s player of the year twice, after making unfathomable saves. His feats have helped United get back to the Champions League. He demonstrates mental and physical precision on the field, and wows the crowd with top-class performances.

Rakitic had to step up his game and play a key part in the Champions League last season. He brought dynamism that was instrumental in Barcelona’s performance. He scored the opening goal in the Champions League final. Plus, he beat his former club and got married last year. So it’s fair to say that life is good for this Croatian midfielder.

With all the excitement that a fresh new year can bring, it’ll be great to see how the tables turn and the games unfold. Maybe some soccer players will rise on the list, and some will fall. So what of 2016? All we can look forward to is that we can expect a lot from these players – the soccer athletes we can bet on.