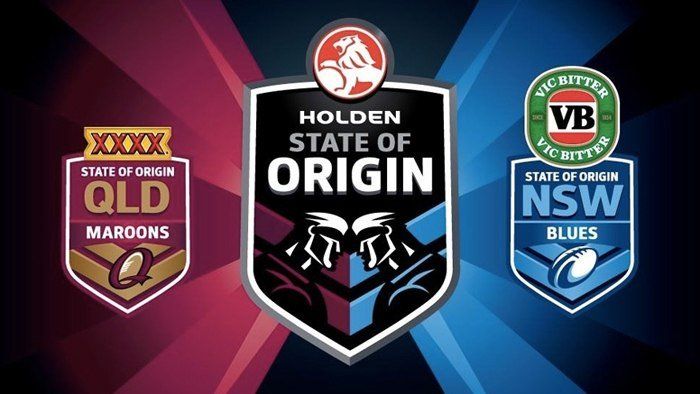 Ultimate Guide to the State of Origin 2016

The State of Origin is an annual series played in Australia between National Rugby League (NRL) representative sides from Queensland and New South Wales. It is a best-of-three series, with games being held on Wednesday evenings. The games are typically spread between venues in Sydney, Melbourne and Brisbane.

Referred to as “Australian sport's greatest rivalry”, the State of Origin is one of the country’s biggest sporting events, attracting huge crowds and television audiences. The Origin series is often cited as the highest-level of rugby league played anywhere in the world.

Since the beginning of the State of Origin series in 1982 to the most recent games in 2015, Queensland have won 19 and New South Wales have won 13, with 2 series drawn. With the 2016 series less than a week away, anticipation is flaring up from both states and the best sports betting websites for rugby league are being flooded with wagers.

Are you excited for the three games ahead? We bet you are! And because we share your excitement, here's everything you need to know about the upcoming 2016 State of Origin series.

Here is a list of the State of Origin year by year winners for the past six years:

The 2010 State of Origin was the 29th year of the annual series. Queensland proclaimed victory by winning all three matches, completing their first white-wash since 1995.

The 2012 State of Origin’s Game 1 was played at Melbourne's Etihad Stadium and was sold out. The game was won by Queensland. Game 2 was played at Sydney's ANZ Stadium, again sold out, where New South Wales won. The decider, Game 3 set a record for the highest television audience in Australia for a rugby league match by OzTam ratings.

2014 was the year that New South Wales broke Queensland’s record winning streak. Both Game 1 and Game 2 went the Blues’ way, with a 12-8 win and a 6-4 win respectively.

Last year, Queensland return to the stadium in full force to claim back the shield. The 52,500 people in Lang Park (commercially known as Suncorp Stadium) watched as the Maroons took out the 2015 State of Origin with an impressive 52-6 victory in Game 3. This was the biggest winning margin in Queensland history in front of the cheering home fans.

In recent years, the State of Origin series has gained popularity outside of New South Wales and Queensland, with games played in Melbourne drawing record attendance. Here is the Origin game attendance for the past five years:

In 2013, the individual games of the State of Origin series drew a higher Australian television audience than any other sporting event in the country. Local television ratings for the series are comparable to those of many Victorian AFL matches. Within Australia, the main free-to-air broadcaster is the Nine Network, with replays on Fox Sports.

The series is televised internationally in over 90 countries. Setanta Sports broadcasts live matches in Asia, while Premier Sports broadcasts live coverage in the UK. The series is particularly an obsession in Papua New Guinea. It also draws a strong television following in the neighbouring country of New Zealand. With a strong national and international following, the State of Origin also attracts intense rugby league betting. To help you make good wagers, you can read more about odds in sports betting, here on hityah.com.

The 2016 State of Origin will be the 36th in the annual series. The Queensland Maroons are the defending champions, but the New South Wales Blues are going to host two out of the three matches.

The coach for the Blues will be Laurie Daley, and for the Maroons will be Kevin Walters. Daley is a former rugby league player, who represented the country 26 times. Daley has since been named as one of Australia’s finest players in the 20th century.

Walters is also a former rugby league player. He played for the Queensland Maroons, Australian Kangaroos, and the Brisbane Broncos. He was only appointed last year, so there is a lot to be expected from this coach in the coming weeks.

New South Wales Blues: Players to Look Out For

The Blues have created their team for the upcoming three matches. Here are some of the players you should look out for on the field.

This South Sydney halfback has the ability to guide the team around the park. He has a very impressive kicking game, with a goalkicking boot that will make any player envious. Reynolds had a jaw injury earlier in the season, which limited his time on the pitch. But as a 2014 premiership winner, there are only high expectations for him for the big game this year. If you agree, you can check out some of the brand new bookmakers online for rugby and wager on his performance there.

Moylan is just 24-years-old, but he is going to enter the NSW No. 1 for the first time. Moylan is known for his electric speed and good play making ability. This year is his golden opportunity to show Australia what he’s got.

Farah is conventionally one of the New South Wales’ hardest workers defensively. His inclusion to this year’s series is really no surprise. At 32-years-old, all can expect Farah to bring his A-game for what could be his last participation at the State of Origin.

The 18th man and the 19th man will be Greg Bird and Josh Morris respectively.

Queensland Maroons: Players to Look Out For

With a number of injuries and Origin bans hitting Queensland, Walters has announced a couple of rookies on the team this year. If you have been thinking of trying out live rugby league sports betting, here are some players that you can expect a great performance from.

O’Neill will make his Origin debut this year after completing the Maroons’ development program. O’Neill is fast and evasive. He has 104 games of NRL experience, which includes the grand finals win with the Cowboys and Storm. It’s time for him to make his mark on the State of Origin arena.

Gagai is the only Newcastle player to make it to the Origin series. He made his Maroons debut in Game 3 of 2015, where he scored a try on debut. Gagai has since been an outstanding player for the Knights.

Oates can be described in three words – strong, quick and tall. Oates has scored nine tries this season, which puts him in second place on the Try Scorers list. This 21-year-old is in just his fourth season playing in the NRL, but he has been given the opportunity to step up his game even more.

Queensland players for the upcoming 2016 series:

Here are the top five players with the highest salaries in this year’s State of Origin series:

Cameron Smith is a great rugby league player, an eloquent spokesman for the game, and has many handsome media deals.

Johnathan Thurston is perhaps the highest-profile player in Queensland. He has an AU$900,000 salary cap. The rest of his earnings come from third party deals.

Greg Inglis is arguably one of the most dynamic players on the pitch. He earns a lot outside his AU$850,000 salary cap through endorsements. In fact, he has frequently been the face of NRL advertisements.

Paul Gallen is one of the most heavily sponsored players in the Sydney player market. His impressive earnings include media deals with New Ltd and Channel 9.

Cooper Cronk has played his entire NRL career to date at the Storm. It’s because of offers from rival clubs have his value has rocketed upwards in the past few years.

Are you ready to drive to watch the Origin series or use your sports betting bonuses for the games? Clear your calendars for the following dates!

Betting on the State of Origin and Game Predictions

Sportbet, the official betting partner and sponsor of the NRL, will be a solid choice for all you punters out there. If you want to bet on your home team or home players, check out Sportsbet online.

Game 1 will be held at the ANZ Stadium, and it can be expected that the Blues will not let their home audience down. The Maroons will, of course, rake in good scores. But there is a higher possibility that New South Wales will declare victory on the first round. If you want to place your special and lucky wagers, check out Sportsbet Origin Game 1 betting page online. Sportsbet is a PayPal betting site, and also accept a variety of other payment methods including credit cards.

Game 2 will be held at the Suncorp Stadium where it is expected than more than 50,000 people will attend. The Maroons did not let down their home arena last year, and it is not likely that they will this year. So Queenslanders can expect a win on Game 2.

Following the Australian Rugby League Commission’s five-year schedule, New South Wales will host two home games this year. Game 3 will be held at ANZ Stadium in Sydney. Despite playing outside their home park, the Maroons are expected to win the shield again this year. This is not the first time Queensland won a deciding game outside of their turf. In 2012 and 2013, the Maroons won the Origin series with Game 3 being held at ANZ Stadium. It doesn't matter which stadium they play at in Game 3, because Queensland will bring it.