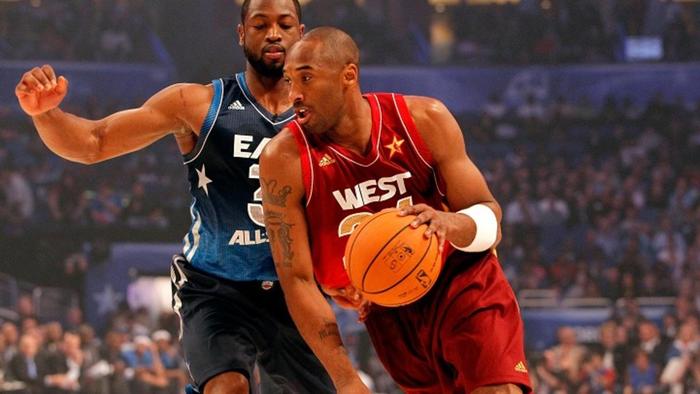 An NBA All-Star Game is usually an event that’s more for the fans than it is for players or teams. It’s about putting fan favorites together to play on one team, inviting celebrities for an exhibition game, and hosting slam dunk competitions for moves you don’t usually see on the court. However, this year’s game took a different turn as it paid tribute to a player in his 18th and final All-Star appearance.

The NBA’s annual exhibition took place at the Air Canada Centre on 14 February, marking the first time the game was played outside of the US. Though the 2016 All-Star celebrity game was played by a Team US and a Team Canada, the rest of the All-Star weekend, including the game itself, played out differently.

NBA legend Magic Johnson opened up the day by honoring Kobe Bryant with a pair of videos showing the 37-year-old’s career highlights along with heartfelt thanks from several players in the league. Considering how the NBA is all about competition, Bryant told the media that getting those messages was something special as it wasn’t something he usually hears on game days.

Bryant, who led the fan votes for this year’s All-Star appearance, ended the game with 10 points, 7 assists, and 6 rebounds. The West beat the East at 196-173.

Goodbye, Black Mamba… at least from the All-Stars.

With the mid-season classic now over, it’s time for Bryant to bring the focus back to playing for the Los Angeles Lakers. Although they’re currently ranked last in the Western Conference, the team still has 27 games left to play before playoffs start. It may not be a matter of making it to the playoffs but more of how strong Bryant will finish his last season.

The announcement came on 29 November 2015 that Bryant was retiring at the end of this season. Drafted in 1996 by the Charlotte Hornets and later traded to the Lakers, the 37-year-old will have 20 well-decorated years to his name.

So check out our newest online sports books and make the most of Bryant's final season. And you can take advantage of some of the William Hill bonuses on offer too, to get the best out of your online basketball betting experience.

Bryant’s career also gave him ample playing time to set several records, one being the most seasons played for a single NBA franchise – all 20 of his seasons are with the Lakers. He’s also the only player in NBA history with over 30,000 points, 6,000 assists, and 6,000 rebounds.

Suffice to say, Bryant’s retirement is going to change the face of the game not only for the Lakers but for the entire NBA.

If you’re not ready to say goodbye to Black Mamba just yet, there’s always fantasy sports. You can check out HitYah for some of the best sport betting websites for basketball and see how well Bryant does for the remainder of the season.