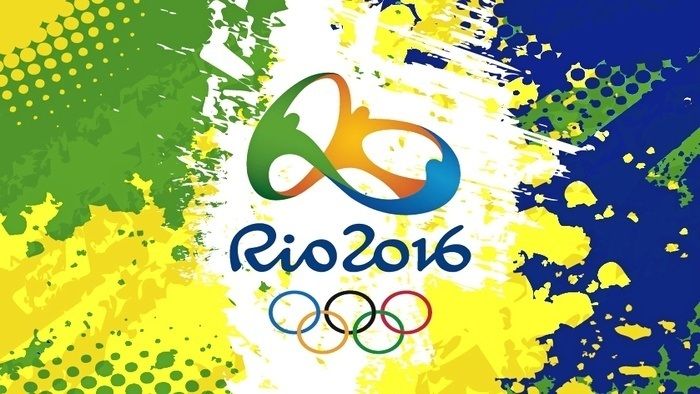 After waiting four years, the Summer Olympics Games are finally back! The international event kicked off at Rio de Janeiro on August 5 with the opening ceremony. This year’s Summer Olympics include 42 sports and 306 medal events. With so much sport packed into just over two weeks, you might be wondering which ones to watch – and which ones to bet on.

Take a look at this list of major events throughout the 17-day competition!

Note that all times are in Eastern Standard.

Even before the opening ceremony, some events in Rio were already set to begin. The group stage of men’s soccer will happen on August 4 throughout the day, featuring the top soccer players in the world. The group stage will run from 12:00 noon to 11:00 PM.

The major event to look out for is host team Brazil playing against South Africa.

With the Games officially open, you can check out our top sports betting site reviews for a great roster of options you can choose from. Choose an online sportsbook that offers great bonuses, such as the Winner Sports site.

On August 6, the medal events include cycling, fencing, shooting, swimming, weightlifting, archery and judo. For swimming, check out the Women’s 4x100m Freestyle Relay at 9:00 PM to 11:00 PM.

There will also be coverage on the following events – volleyball, beach volleyball, field hockey, gymnastics, soccer and water polo.

The medal events for this day are cycling, diving, fencing, shooting, swimming, weightlifting, archery and judo. Watch the Women’s 400m Freestyle and Men’s 4x100m Relay from 9:00 PM to 11:00 PM.

You may also check out the coverage on the Women’s Gymnastics Qualifications, happening at 4:30 PM to 6:00 PM. Other events covered throughout the day are each volleyball, volleyball and soccer.

August 10 is filled with all kinds of Olympic events to wager on and watch. The medal events include rowing, shooting, swimming, weightlifting, diving, fencing, canoeing/kayaking, gymnastics, judo, and table tennis.

For cycling, look out for Emma Pooley, who makes her comeback from retirement and aims to go one better than she did in Beijing where she won silver.

You may also watch the coverage on volleyball, beach volleyball, soccer, field hockey and water polo.

The Men’s Rugby sevens competition is also an exciting event that will be held from 6:00 PM to 6:30 PM. Watch and see if Fiji – coached by Englishman Ben Ryan – will win their first ever Olympic medal.

Check out the velodrome as track cycling holds one of its last events. Sir Bradley Wiggins will attempt to snatch a fifth Olympic gold medal in the opening round of the team pursuit.

Some of the other medal events on this day include rowing, fencing, shooting, archery, and table tennis. In the evening, you can tune in for the 200m Individual Medley Final between 9:00 PM and 11:00 PM for some championship swimming betting. Swimmer Fran Halsall will also attempt to win a medal in the women's 100m freestyle, and Katherine Grainger and Victoria Thornley will plunge for some medals at the women's double sculls.

Friday also features medal events in archery, fencing, rowing, shooting, weightlifting, judo, and trampoline. So find some of the best sports betting websites and choose which event you want to wager on!

With less than ten days to go in the Rio Olympics, more and more medal events are coming to a close.

Tune in and see if Greg Rutherford will be able to retain his long jump title. Laura Trott and the members of the women's team pursuit will also look to defend their title at the velodrome.

Ennis-Hill and Johnson-Thompson will also complete the heptathlon with the dreaded 800m.

In rowing, the British team for the Women’s Eight Final will look to add an Olympic gold to their world silver and European title.

For this Saturday, you could also check out the following:

There will also be coverage throughout the day of field hockey, water polo and volleyball.

Here are some of the highlights on August 14 to look forward to:

The last time that golf was included in the Olympic Games was in 1904. Now that the sport is making a comeback in Rio, you can check out our Summer Olympics golf picks.

Tennis has become more and more popular in the Olympic Games since its return in 1988. Tune in and see if Andy Murray will be able to defend his Men’s Singles title against the top seeds of the world.

Make sure to spend a few minutes in the evening to watch Jamaican superstar Usain Bolt on the track. Bolt is bidding for his third straight title at the 100m Final, and this is no small feat. He might just end up breaking sports records we thought were unbeatable.

If you are a fan of equestrian sports, watch Max Whitlock (the current world champion) and Louis Smith (an Olympic silver medallist) battle for the gold at the Men’s Pommel Horse Final.

Watch the best gymnasts battle for glory at three medal events from 1:00 PM to 3:25 PM. These are the Women’s Balance Beam, Men’s Vault and Men’s Rings.

The Men’s 800m Final and Women’s 400m Final for track and field will also happen between 7:30 PM to 9:50 PM. On the track, Kenya’s star runner David Rudisha will be defending his title in the Men’s 800m. for the Women’s 400m, all eyes will be on 2008 champion Christine Ohuruogu and American athlete Allyson Felix. If you want to know the different types of bets you can make for these events, take a look at our guide to sports betting markets.

For the most gruelling event on the day’s schedule, check out Keri-Anne Payne fight at the 10km Open Water Swimming event. Payne will be looking to go one better than her silver medal finish at the 2008 Games in Beijing.

For a full day of excitement, here are five medal events to watch:

If you love the action at the velodrome, then make sure that you tune in this Tuesday. Britain could claim three medals on the final day of cycling events, Laura Trott at the Omnium, Jason Kenny at the Men’s Keirin, and Becky James at the Women’s Sprint.

August 16 is also the last day of the gymnastics competition. From 1:00 PM to 3:15 PM, watch the Men’s Parallel Bars, Women’s Floor, and Men’s High Bar as these events come to a close.

In boxing, look out for defending champion Nicola Adams. Adams will be expected to have reached the quarter-finals in the Women's Flyweight Division, as she attempts to become the first British athlete to retain the Olympic title.

Who will bring home the gold? August 17 reveals the winners of three track and field events: Women’s Long Jump Final, Women’s 200m Final, and Women’s 100m Hurdles Final. You can watch all three from 7:30 PM to 10:00 PM. Britain's Tiffany Porter should be a strong contender for a medal in the Women’s 100m Hurdles, while Shara Proctor will also be aiming for a top finish at the Women's Long Jump Final.

After many days of battling out on the sand, the Women’s Gold-Medal Match for beach volleyball will officially end. Watch it from 11:00 PM to 11:50 PM.

Throughout the day, you can also check out coverage for sailing, wrestling, boxing and tae kwon do. For tae kwon do, look out for Britain’s Jade Jones, as she sets out to defend her title in the 57kg category. For boxing, check out if the professional boxers at the Rio Olympics will best the amateurs.

For August 18, watch Alistair Brownlee and his brother Jonathan Brownlee as they carry Britain’s hopes in the triathlon. Alistair will be defending his title, and Jonny will also be expected to do fight for a place on the podium.

Here are other medal events to watch in the afternoon and evening:

Only three days left to go! The Lightweight Final in women’s boxing will take place on this day. Watch the defending champion – Ireland's Katie Taylor – go for another shot at the gold.

Attempting another chance at glory, watch former world champion Liam Phillips at the BMX final. Phillips is not only fighting for a medal, but also to erase the memories of crashing at the same stage in 2012 at the London Olympics.

Other events to watch throughout the day are:

If you want to bet on more than one event on this day, you can do so with a Yankee Bet and Canadian Bet. These two types of wagers offer a huge potential for winning – and can be quite a thrill!

With only one more day to go, many events will wrap up at the Maracanãzinho Arena, Olympic Golf Course, Fort Copacabana, Carioca Arena 1 and Maria Lenk Aquatics Centre. Here are some of the highlights of the day:

The Maracanã stadium will definitely be packed with people watching the Men’s Soccer Final. Do you think you already know who will bring their country immortal glory? Then log into new online sportsbooks and make a profit out of your hunch!

Away from the track, watch Britain's Non Stanford, Vicky Holland and Helen Jenkins as they will contest the Women’s Triathlon. In diving, Tom Daley will also perform for the semi-finals and final of the Men’s Platform. See if he will better his previous bronze finish at the 2012 London Olympics.

On August 21, the 2016 Summer Olympics will officially end. The latest members of the “Dream Team” will be expected to claim the gold at basketball for the United States for the sixth time in the last seven Olympics Games. Kevin Durant and Carmelo Anthony are the only members of the team that have previous Olympics experience.

Here are the major events of the last day:

Other medal events include boxing, cycling, wrestling, handball and rhythmic gymnastics. The closing ceremony will take place after the Men’s Basketball Final.