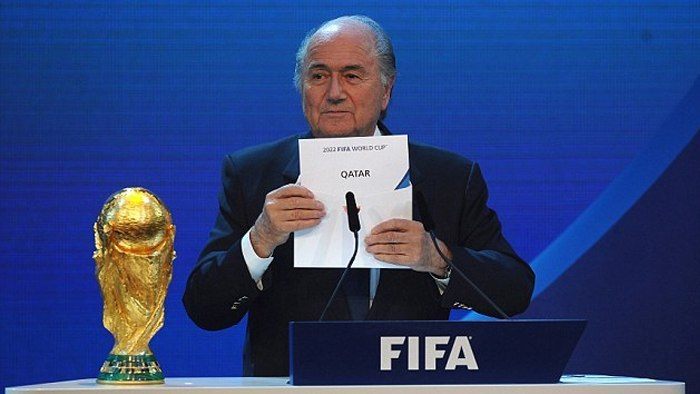 Amidst the controversy surrounding former football administrator Michel Platini, FIFA has revealed the process for the 2026 World Cup bidding. The organisation also proposed some changes. FIFA president Gianni Infantino’s 40-team tournament plan will be decided upon in October. The final decision regarding the hosts will be passed by May 2020.

According to FIFA’s governing body, joint bids will be considered and the committee will review a rule which currently permits a continent to hold the tournament every eight years.

You have a longer time to decide on your football bets online because a source has shared that FIFA had considered increasing the waiting time to 12 years and even higher.

Since Russia will be hosting the 2018 World Cup, Europe would not be able to stage the tournament again until at least 2030.

This decision was one of the first passed by the newly appointed FIFA Council, which held its first meeting since it made changes on the old executive committee as per reforms that were passed in February.

According to the world governing body of soccer, the bidding process will begin this month and it will include four phases. The focus will particularly be on the following four areas:

The FIFA Council shared that bidders who will not meet the aforementioned “technical requirements” will be excluded.

When Infantino was elected last February as the new FIFA president, one of his biggest plans was to increase the number of teams that will compete in the finals. He proposed that the number would increase from 32 to 40. While this idea has been strongly opposed by the biggest clubs in Europe, this provides punters more opportunities to bet on soccer online.

According to FIFA, that people can expect the decisions on the number of teams and the tournament format by October. Other decisions to be expected include the “eligibility of (continental) confederations to bid” and the permission of joint bids.

Since 2011, joint bids have been banned, but Infanto has shared that he wanted to push them since they open more opportunities for increasing the tournament’s reach among several countries in a particular region.

Countries will be allowed until December 2018 to pass their bids, according to FIFA. Their bids will then be reviewed from January 2019 to February 2020.

Three months after the evaluation period, the final decision will be passed.

The bidding process was reformed by FIFA after the vote in December 2010 awarded the 2018 tournament to Russia and the 2022 tournament to Qatar.

Swiss authorities have conducted a criminal investigation on the said vote, while preparations that are being made by Qatar have been affected by allegations of migrant workers abuse.

We’d still have to wait for a while before we can bet on the FIFA World Cup, but for now, you still have a lot of options available for you. Bet on upcoming football matches online by visiting HitYah!