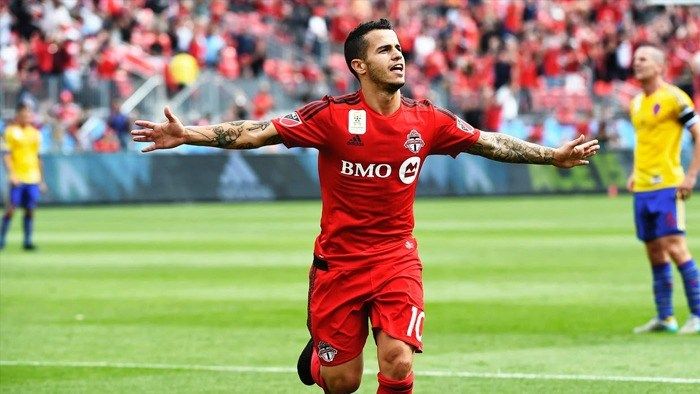 While all the major leagues of Europe are setting off to enjoy their summer holiday, meanwhile North America’s Major League Soccer is just getting into the thick of the season. Most teams have completed about a third of their regular season fixtures and a picture of how the season will unfold is coming into view.

MLS games are notoriously even-keeled due to the salary cap and financial mechanisms that prevent one team from running away with every championship. Betting on wins and losses isn’t quite as easy as in the English Premier League or Championship. However, a bet on a goal scorer is something much simpler. Here are five MLS goal scorers to back in the next few weeks of league action.

Last season’s MLS Most Valuable Player finished the regular season with 22 goals, joint top in the league. This season he is already off to a hot start with eight goals and five assists from 12 games. Toronto FC is incredibly reliant on Giovinco, he has scored over half their goals in 2016. Toronto take on an improving New York Red Bulls team in their next MLS fixture. The last time these two clubs met in March, Giovinco scored and assisted the second in a 2-0 win. Look for the Italian to get his ninth against the Red Bulls.

Portland are coming off their first ever MLS Cup win in 2015, but the team have been increasingly poor this term. Despite their form, Nigerian Fanendo Adi has been stellar, notching eight goals in 12 games. Adi has accounted for 47% of the team’s scoring and has not gone more than two consecutive fixtures without tallying a goal. Next up for Portland is the league’s worst side Chicago Fire. Expect Adi to get on the score sheet. Bettor beware, Adi has been fighting a hamstring injury. A substitute appearance and in-play bet could be something to keep an eye on.

Chris Wondolowski will go down in MLS history as one of the league’s best goal scorers. This season the San Jose Earthquakes forward has tallied seven goals, accounting for 47% of the team’s goal scoring. Wondolowski isn’t just a goal scorer, but a leader of men. Without the captain the team waiver. With him, the Earthquakes are a far stronger side. Currently in sixth place in MLS’s Western Conference, the team’s fortunes weigh on whether Wondolowski can get the goals. He has recently gone three matches without scoring, expect him to end that dry patch soon. FC Dallas will visit on the 28th and though they sit top of the west, they have had a hard time keeping out the goals in 2016. Take Wondolowski to score against the Texans.

Cyle Larin is only in his second MLS season, but is already turning heads in Europe. The Canadian international has notched six goals thus far in 2016, but unlike other clubs dependent on their lone goal scorers, Orlando City is much more. The Lions take on Eastern Conference leaders Philadelphia Union in their next fixture as Orlando look to improve their up and down form. Larin tallied a brace in a man of the match performance against Montreal Impact in the club’s recent match. A repeat performance against the conference leaders is worth a punt.