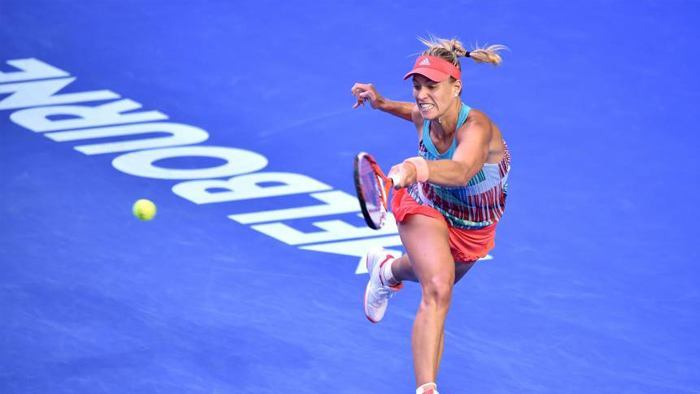 A Spectacular End to the Australian Open 2016

Well! Who knew? It was as if we were all poised for yet another Serena Williams win. Then the world turned upside down. And, after the astounding win by Angelique Kerber for the women’s singles final, many were rethinking whether Novak Djokovic was as much of a sure thing as they had expected. But he proved himself yet again.

The 2016 Australian Open prize money  had a prize pool of AU$44 million, with the singles winners taking home $3.8 million.

Angelique’s extraordinary performance in the Australian Open women’s singles finals is the stuff of legend. We’re still talking about it, and will be for a long time to come. Among Williams’s myriad Grand Slam finals wins, this marked her fifth defeat. Had she won, it would have been her 22nd major title win – this record of 22 top title wins is currently held by Steffi Graf, with Margaret Court at 24 wins.

Kerber, in her first ever Australian Open has won her first Australian Open! This is the history making stuff that comes when talent and well-honed skills are combined with relentless courage. In her own words, “In the first round I was match point down, so I was already one leg on the plane to Germany. I got a second chance and I take my chance. To win it, my dream came true tonight.”

At 28, the German starting playing tennis at three years of age, and debuted on the international tennis scene back in 2003 in the 2011 US Open semi finals. Since then she’s achieved a solid list of titles at premier events across the globe, and is now poised to move up the ranks from No 7 to No 2 in the world. Fellow German tennis star, Steffi Graf, sent her best wishes to Kerber before the game and her congratulations after. Graf won the tournament back in 1994, then also in 1990, 1989 and 1988. And our own legend, Margaret Court, was among the arena’s spectators to this history making event. Margaret, Steffi and Serena are among the all-time pinnacle players of women’s tennis. Will Kerber be another?

What a great start to the year for the world’s new Grand Slam champion!

After a brilliant and remorseless first set win for Serbian tennis star Novak Djokovic, the match finally saw a straight sets’ win for the world No 1 against Britain’s Andy Murray: 6-1, 7-5, 7-6. In the end, Djokovic aced it and it was all over. In betting odds for Djokovic across the world, he was the favourite to win.

Djokovic now holds his 11th Grand Slam title, matching the legends of Bjorn Borg and our own Rod Laver. This is Djokovic’s 6th Australian Open men’s finals win, equalling Roy Emerson’s record. In his victory speech after the game, Djokovic spoke to the Aussie legend, “To Mr Roy Emerson who isn’t here tonight, it’s a privilege to match your record of six Australian Open titles. One of the greatest players of the game.”

Djokovic and Murry have met several times before on the Melbourne Park courts for the Australian Open men’s finals. In all four of those instances Djokovic has won. And Murray has lost all five shots at the title, making him the first man to lose five Australian Open finals. Still, what a great achievement and effort by Murray, Britain’s No 1 and world No 2, to reach the finals of this event so many times. As Djokovic said about Murray, “He’s a great champion, great friend and a great professional who I’m sure will have many more chances to win this trophy.”

Djokovic’s deep and powerful game brought him triumph once again. Next is France. Will Djokovic’s dominance continue and will he win his first ever men’s singles French open later this year?

Murray is the first Brit in 82 years to win the title. It was Murray’s and Soares’s first shot at a title together, having only teamed up one month ago.

Swiss tennis star Martina Hingis and Sania Mirza of India have won the Australian Open women’s doubles final for 2016. They took out the title over Lucie Hradecka and Andrea Hlavackova, both from the Czech Republic and a powerful Czech combination who have previously won grand slam titles together.

The top-seeded combination of long-time champion Hingis and Sania have now gained their 12th title and 3rd grand slam. They are now the world No 1 women’s doubles team.

Bruno Soares of Brazil and Russian Elena Vesnina took out the Australian Open mixed doubles title against American Coco Vandeweghe and Romanian Horia Tecau. The matched finished in three sets, 6-4, 4-6, 10-5. It was Bruno’s second doubles win of the tournament.