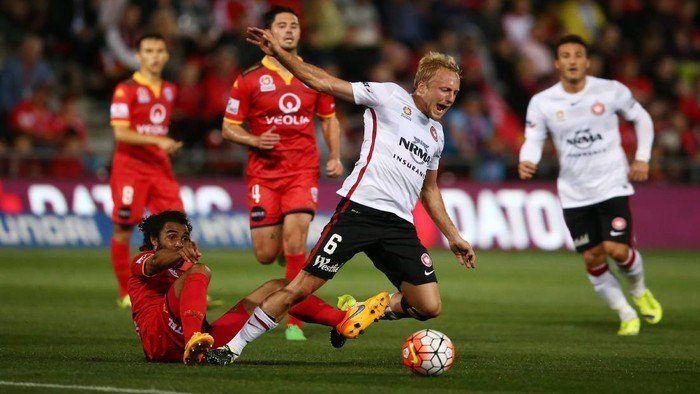 A-League Grand Finals: Who Will Win the Premier's Plate?

Are you ready for another great football betting experience? Then get yourself ready for the upcoming A-League finale! The Western Sydney Wanderers will play Adelaide United in the 2016 Hyundai A-League soccer grand finals. This year will be the 11th A-League grand final, and will be played at the Adelaide Oval on May 1st, 2016.

Road to the Grand Finals

The first match of the semi-finals saw Adelaide United dominating Melbourne City at the Hindmarsh Stadium in front of a sold-out crowd of 15,489. Adelaide took the lead at the 48th minute, thanks largely to Bruce Djite. Three more goals were scored by the team courtesy of Nick Fitzgerald, Dylan McGowan and Pablo Sanchez. This 4-1 win against Melbourne City was Adelaide’s ticket to the grand finals – the first grand finals they have participated in in seven years.

The Western Sydney Wanderers secured their place in the finals when they beat Brisbane Roar last Sunday at Parramatta Stadium in front of a sold-out crowd of 20,084. It was a roller-coaster ride for everyone in the stadium. The Wanderers were down 3-0, but turned the soccer betting odds to their favour when Romeo Castelen got the team back on track with a hat-trick. Another goal was scored by Brendon Santalab in the 39th minute, bringing the score 2-3. Castelen added once again to the scores with a 59th minute goal. The last goal made was at the 102nd minute, courtesy of Dario Vidosic. When the final whistle blew and the epic win dawned on the emotionally pumped crowed, the victory belonged to Western Sydney with a 5-4 score.

A Final Game to Remember

This upcoming final game will be a chance for both teams to prove themselves. Adelaide United lost the 2007 and 2009 grand finals to Melbourne Victory with a 6-0 and 1-0 score respectively. The Wanderers also lost consecutive grand finals in 2013 and 2014. The team faced off against Central Coast Mariners and Brisbane Roar, and lost with 2-0 and 2-1 scores respectively. If you want to bet on your favoured team, then you can head to top sports betting sites like Ladbrokes Sports.

Get Ready for the Action on May 1st!

Around 28,500 tickets have already been purchased for the finals on Monday afternoon. So this final game is going to be one for the books!

If you are rooting for Adelaide United, you can sign up at your favourite online sportsbook and place your lucky bet for them. But if you believe that the players of Western Sydney Wanderers have what it takes to steal the victory, the visit Ladbrokes Sports online and bet for the team. You can always check out the A-League odds and stats here on hityah.com if you want to. We also have team stats, so you can check out which of the individual players have scored the most goals in the season.

Both Adelaide United and Western Sydney Wanderers have also qualified for the 2017 AFC Champions League. Adelaide United currently holds the top spot in the A-League ladder, with 49 points. The Wanderers come in close second with 48 points. So get your sports betting bonuses ready, and watch how the final chapter of this season comes to a close!