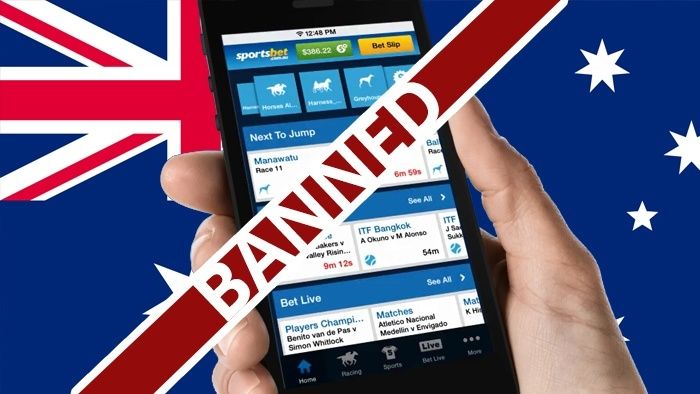 The Hon. Alan Tudge, Federal Minister for Human Services, recently released the Government's response to the O’Farrell review that discussed Australian sports betting recommendations. In spite of O’Farrell’s recommendation to consider relaxation of online in-play betting prohibitions, the Australian Government plans to close all of the loopholes that bookmakers used to offer live bets.

Response to the O’Farrell Review

Hon. Tudge released the findings of a review conducted by former New South Wales premier Barry O’Farrell titled Review of Illegal Offshore Wagering. There was speculation that the review could lead to possible reforms in the Interactive Gambling Act 2001(IGA) to allow for the legalisation of online in-play sports betting.

Australia’s major sports and online sports bookmakers have been lobbying hard for online in-play betting to be legalised. At present, bets during a live event can only be made in person, or over the phone. Some bookies like William Hill and Sportsbet have offered live-betting services using loopholes in the IGA. William Hill, in particular, was investigated by the Australian federal police last year for its “click to call” services. The “click to call” function enables a phone microphone whenever a player places live bets using a mobile app – which technically fulfills the phone call requirement.

Many sports betting fans and bookmakers were disappointed about the matter. The Australian Wagering Council – which represents online sports betting companies – said that international operators “will be delighted” that online in-play betting remains illegal in Australia.

“Regrettably, the Government has decided to maintain the archaic prohibition ... despite overwhelming international evidence that access to live betting online is of the key factors in why Australians choose to wager with unlicensed offshore operators,” council chief executive Ian Fletcher said. “The combined effect of attempting to ban click-to-call technology and maintaining a prohibition on online in-play betting will ensure wagering by Australians with illegal offshore operators will increase.”

Sportsbet CEO Cormac Barry said that the decision on in-play betting was misguided. He said that the decision only benefited operators such as Tabcorp and Tatts Group – both of which campaigned against allowing online live betting. He said, “I think it’s a win for the lazy, traditional monopoly wagering operators in Australia who are more interested in protecting their monopoly than giving consumers what they want.”

Other Recommendations of the Final Report

The O’Farrell Review also gave recommendations on achieving greater harm minimisation for Australian bettors. Some of the items were:

The Review also recommended that the Government produce a “name and shame” list of international operators (including the names of executives and owners) who are deemed to be operating illegally in Australia.