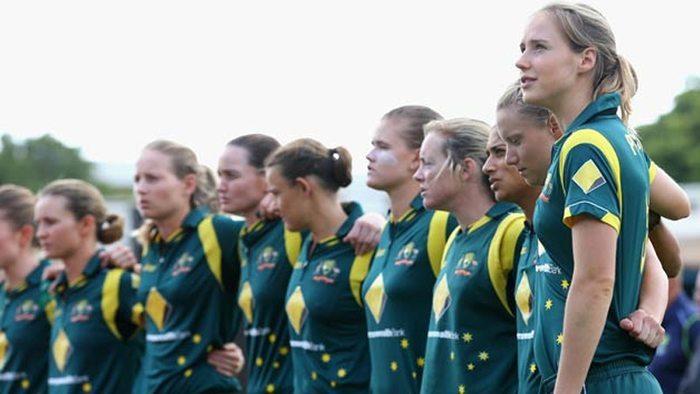 Cricket Australia has announced that the Women’s National Team will receive a pay increase for their top female cricketers to encourage more women to play the game. In addition, a new AU$11 million sporting hub will be developed as a centre of excellence for the next generation of Southern Stars.

The player payment pool is set to be increased from AU$2.36 million to AU$4.23 million. As part of the increase in the maximum retainer for the Women’s National Team, an annual fee played to each player will rise to AU$65,500, while the minimum will be raised to around AU$40,000.

James Sutherland, Cricket Australia’s chief executive says, “Cricket is a sport for all Australians and Cricket Australia will continue to invest heavily in the women's game in the coming years. We are determined to make cricket the sport of choice for women in Australia.”

The payment increase comes after the Southern Stars set new sports betting heights and reached the final of the International Cricket Council (ICC) World Twenty20 in India. The team came in second place at the ICC WT20 2016, after they were defeated by the Women’s Team of the West Indies.

“We have worked constructively with the Australian Cricketers' Association to reach this point and will continue to do so in our ongoing efforts to improve wages and workplace conditions for all elite female cricketers,” Sutherland added.

The Hurstville City Council, with help from Cricket New South Wales (NSW) and Cricket Australia, will finance the bulk of the bill for the AU$11 million sporting hub at Penshurst Park. When completed, the facility will include a synthetic all-weather playing field and an indoor training centre, complete with lighting and new outdoor turf training nets. The hub will benefit the local community, the cricket betting market, as well as NSW’s elite teams.

Rene Farrell of the Women’s National Team and the NSW Team was present during the announcement of the facility. She said, “We're getting more and more people through the gates, and with that exposure I think the game's just going to increase and females are going to play a big role in moving cricket forward to become Australia's favourite sport.”

With the Sydney Cricket Ground (SCG) at full capacity, an alternative venue with nets available 12 months a year is a welcome addition for fans who watch and bet on cricket live. It is anticipated that this new sports hub will manage the SCG overflow in the future.

The project is expected to be completed in time for the 2017-18 cricket season. Make sure to check out Sports Bet online for the best sports betting bonuses for any upcoming cricket tournaments.