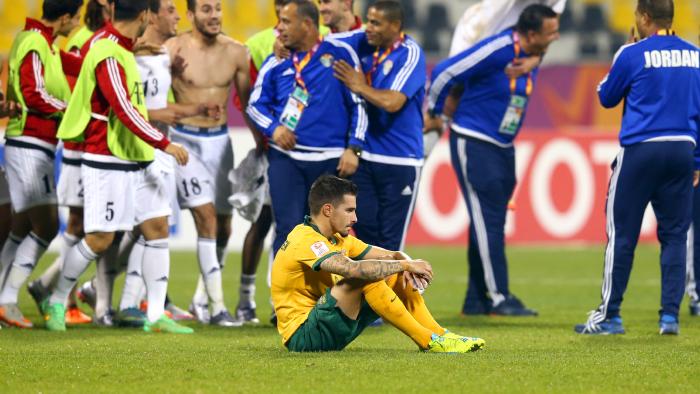 Any hopes of seeing Australian Under 23 soccer team the Olyroos play in the Olympic Games in Rio de Janeiro later this year are over.

Their nil-all draw with Jordan in Qatar at the Asian under 23 championships has seen them fail to make entry into the Games. They came close to a goal in the final minute with Jamie Maclaren’s efforts to score, but the ball clipped the bar.

They need to win this one. The Olyroos disappointing result leads to their early exit from any Olympic Games chances. What were the odds of them winning? The betting odds for the Olyroos to have won this game were listed on Bet365 as 2.5. It’s been a while since the Olyroos played in an Olympic Games— as far back as 2008, in Beijing.

The Aussie soccer team will meet Jordan again in Sydney in March for the final World Cup qualifying pool game. Here’s they’ll have the chance to prove their football skills again. But there’s already speculation that Jordan is proving to touch a match for the Australian under-23 soccer team.

Though the team played well in Qatar, a lack of top players available for the game and Jordan’s strong rearguard have been speculated as reasons for the defeat. Experienced players, like Chris Ikonomidis, Jackson Irvine and many others (more than half a team) were missing from selection, with many not being released from their clubs.

A combination of factors worked against Olyroos coach Aurelio Vidmar and his team. Player selection, with experienced players tied up with overseas teams, and perhaps a focus on World Cup events over the Olympics – which includes that under 23 qualifying age limit as well.