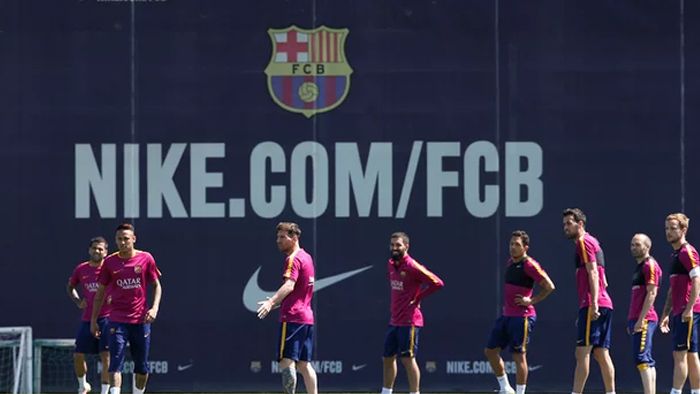 On the heels of Chelsea’s new £60 million Nike kit deal, Spanish champions Barcelona have agreed a £120m a year extension with the American sportswear company. The new extension will run until 2026, and gives Barcelona the top spot in lucrative kit deals to date.

Recently, English Premier League side Chelsea inked a new deal with Nike following the agreement to dissolve their current Adidas contract at the end of next season.

Nike is also set to begin negotiations with the English team Manchester City in hopes of extending their deal. Nike has lost several world renowned clubs in recent years, including Manchester United and Italy’s Juventus. Both of whom signed with Adidas. Nike is now working to strength its appeal in football and global reach by giving out new, fruitful contracts.

Following the announcement of the new extension, Barcelona released a statement expressing their excitement over the new deal.

“FC Barcelona and Nike, Inc have extended their current sponsorship deal, which was due to end on 30 June, 2018,” Barcelona stated. “The long-term agreement is a landmark in global football and builds upon a highly successful partnership.”

The extension see Barcelona top the list of teams and kit suppliers. Former Nike supplied team, Manchester United, had been at the top of the rankings. Their £75m a year Adidas deal had sent shockwaves through global football last summer. Yet, it looks like this is only the beginning of new, major deals with kit manufacturers.

The Rule Rather Than the Exception

With Barcelona’s eternal rivals Real Madrid’s current Adidas deal set at £34m, it can be expect Los Blanco will attempt to restructure their deal to something similar Barcelona’s.

Real Madrid’s current Adidas deal finishes in 2020, and the amount of money being thrown around currently gives the club leverage in their upcoming negotiations. A deal more inline with Barcelona’s Nike deal maybe the rule rather than the exception.

In spite of winning La Liga this season and last season’s UEFA Champions League, it is believed Barcelona needed this lucrative deal to keep the likes of Lionel Messi, Neymar, Sergio Busquets and Luis Suarez. According to reports, the financial situation with the club is “complicated”. The club give out large wages to their biggest stars, something that some have cited as unsustainable.

In addition to the wages being paid out, the club is looking to redevelop Camp Nou which would cost over £400m. The club may sell partial naming rights to help raise funds.

Making things worse is negotiations between Barcelona and current shirt sponsor Qatar Airways. The two sides have been far apart on agreeing a deal for sometime, and speculation has linked Barcelona adding Pepsi to the front of their shirts.

Barcelona’s deal with Qatar Airways expires in the summer of 2016. Barcelona executives have stated their new 2016-17 shirts will go on sale without a sponsor on the front.