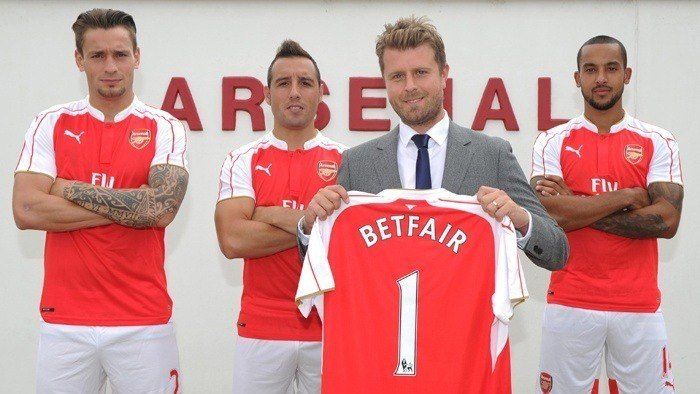 Online gaming operator Betfair has announced that it will be extending and expanding its betting partnership with English Club Arsenal FC.

Betfair and Arsenal signed an official partnership in August 2015, and now the football club renewed the deal for a further three years, seeing that the Betfair partnership extends until 2019.

The original deal excluded a number of markets, including the UK, Ireland, Italy and Russia. The renewed contract now adds the UK, as well as Central America and South America.

The renewed and expanded deal will give Betfair increased branding exposure at Arsenal’s home ground – the Emirates Stadium. If you want to read more about the history, statistics and players of the club, check out our ultimate guide to Arsenal, where we recap the last five years for the Gunners.

Optimism for the Next Three Years Ahead

Both Betfair and Arsenal have expressed optimism about the renewed partnership. Arsenal’s chief commercial officer Vinai Venkatesham stated: “We are delighted to be continuing our association with Betfair following a successful partnership to date. We look forward to working together to further engage Arsenal supporters.”

Betfair will have access to the first-team players if the operator plans to develop promotional and marketing activities for their best sports betting sites. Betfair can also engage with Arsenal’s broad support base through the Gunners’ extensive online and social media channels.

Betfair marketing and brand director Paul Gambrill said, “We’re thrilled to be extending our contract with Arsenal, after a hugely successful first season with the club.

“Arsenal are a fantastic club and we look forward to engaging with their incredible fan base again next season and beyond.”

Betfair is now merged with Paddy Power Sports betting, and plans to extend its offering to Arsenal supporters in various parts of the globe through a combination of exclusive bets around key fixtures throughout the football season. To check out these industry-leading offers and other sports betting bonuses, visit Paddy Power Sports online and sign up.

Aside from Arsenal, Betfair also has betting partnerships with other Premier League football clubs. These are Sunderland, Southampton, Aston Villa and this season’s Premier League winners Leicester City.