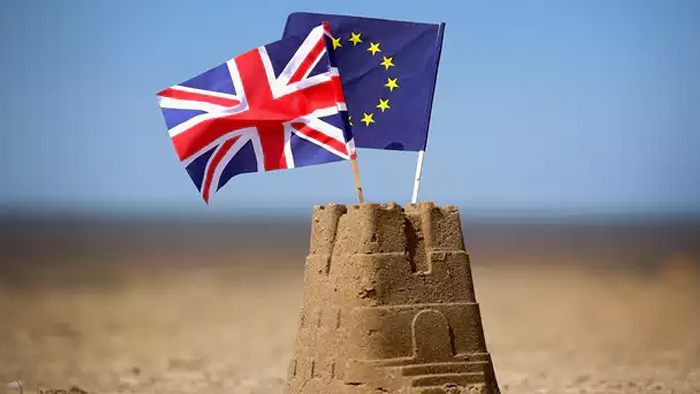 Brexit vs. Bremain Heats Up as Tony G Challenges UKIP’s Nigel Farage to a €1m Bet

On Thursday, June 23, 2016, the people of Britain will cast their vote for one of the most important questions in recent history – Will the UK stay or leave the European Union (EU)? Needless to say, the impact of the EU referendum outcome will not only affect the UK and neighbouring countries, it will have an impact on the world. As we draw nearer and nearer to the vote results, pro-LEAVE and pro-REMAIN have fought for their sides – with some taking their votes to new online betting sites.

In an email to Farage, Tony G outlines the terms of the bet. In the email, he states:

“A big day is approaching: a day when the UK will decide to stay in the EU.

Obviously, you are not so convinced yet. Therefore, I want to make a huge offer ahead of the historic in/out referendum this Thursday. I am so confident that the British people will do the right thing and vote to remain in the EU that I offer a €1 million charity bet to you on Leave!

Every time I see you in Brussels, which isn’t too often, you are turning you back on everyone – I would not turn my back on a bet with you or anyone. I also know you like a bet as I saw you in the bookies backing LEAVE with £1,000. How about we raise that to €1 million, Nigel? Want to go all-in? Let me know! Everyone’s a winner because the money would go to charity!”

So far, UKIP’s leader has not revealed if he will entertain this €1 million bet.

Tony G (also known as Antanas Guoga) is a Lithuanian-Australian businessman, professional poker player and Member of the European Parliament. He also founded popular online sportsbook TonyBet. As a strong campaigner for Bremain, TonyBet’s ‘Political Betting Section’ has the REMAIN vote odds at 25, with 13/5 for LEAVE.

Who Wants the UK to Stay in the EU?

Tony G and Nigel Farage are not the only ones who have rallied for their sides in the EU referendum. England’s Prime Minister David Cameron, Richard Branson and Bob Geldof have all advocated for their pro-EU inclinations. The choice to REMAIN has been popular among UK officials, as well as big businesses.

The main arguments for staying revolve around trade, economy and freedom of movement. Those who want to REMAIN claim that staying in the UK makes selling to other EU countries easier, and the flow of immigrants fuels economic growth. They also believe that UK’s status in the world will be damaged if the country leaves the EU, as it is more secure as part of the union than on its own.

Who Wants the UK to Leave the EU?

Advocates for LEAVE, like former Mayor of London Boris Johnson, have clamoured that breaking away from the EU would give Britain the opportunity to “take back control”. The main arguments of leaving relate to the strict regulations of EU. Brexit promoters also claim that leaving the union will allow trade to diversify to emerging markets. They also emphasize that Britain needs to take back immigration control, which is one of the most controversial topics surrounding the EU referendum.

Bet on Brexit or Bremain – Who Will Win?

If the latest pools are to be believed, the vote on leaving or staying is going to be very close. A few news giants like the Telegraph have noted that General Election Polls have been wrong before. Some even look to the trends in punting to see if the public vote is leaning towards Brexit or Bremain. As Tony G put it, “Betting odds are a much more reliable indicator of what is going to happen than the traditional polls.”

If you strongly believe in a side that will win, you could place a bet on the outcome of the EU referendum, just like Farage and Tony G. TonyBet is a pretty good place to put in your money. The site offers odds up until 7:00 PM UK time on Thursday night. The site even offers online in-play betting during polling day.

If the vote does fall in favour of the UK leaving the EU, then TonyBet will refund all losing bets up to a max of £20 per wager. If you sign up for TonyBet and bet LEAVE or REMAIN today, you even get to receive a 50% deposit bonus of up to €100. All you have to do is make a qualifying deposit of at least €10 using the bonus code to receive the reward.