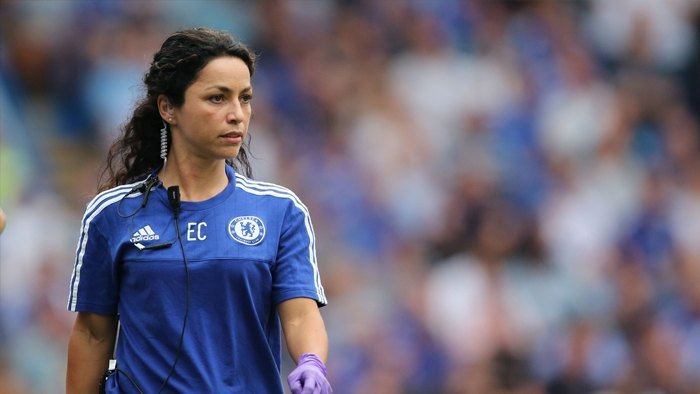 Chelsea Football Club and former team doctor Eva Carneiro have reached a settlement, reportedly worth £5 million. Carneiro had initially turned down a £1.2m settlement with Chelsea, before the club upped the settlement offer behind closed doors.

Chelsea said in a statement: “The club regrets the circumstances which led to Dr Carneiro leaving the club and apologises unreservedly to her and her family for the distress caused.

“We wish to place on record that in running onto the pitch Dr Carneiro was following both the rules of the game and fulfilling her responsibility to the players as a doctor, putting their safety first.”

Who is Dr Eva Carneiro?

Even before the sexism row with Mourinho, Carneiro had been the subject of opposition fans. Several of Chelsea’s biggest rivals’ supporters were accused of sexist chants toward the doctor during matches.

What happened at Chelsea FC?

At the beginning of the 2015-16 season, Carneiro was highly criticised by Chelsea manager Mourinho during a match versus Swansea City. Mourinho became irate when Carneiro went on to the pitch to check on Eden Hazard after he had gone down with an injury. Mourinho criticised her for running on to the pitch so eagerly, and didn’t feel the injury to Hazard was serious enough to need medical treatment.

Carneiro stated that Mourinho called her a “daughter of a whore”, in Portuguese as she ran on to the pitch. The phrase is an extremely provocative remark in the Portuguese language. After the incident at Stamford Bridge, Carneiro did not appear on Chelsea’s bench again, and soon after left the club.

In an act to take the building heat off of Jose Mourinho and the English Premier League, the English Football Association cleared Mourinho of using discriminatory language toward Carneiro.

During the hearing, Carneiro was expected to take the witness stand and expose emails and text messages she had received from Mourinho and other members of the club’s hierarchy. The revelations were to be explosive and cause embarrassment on the club and Mourinho.

With the chance for embarrassment in a public form, a settlement was reached, keeping the explosive statements hidden for now.

Chelsea’s defence had been to drag Carniero’s name through the mud, making her out to be a money and fame hungry woman. Yet, once Carneiro threatened to spill the truth on the club and Mourinho,now at Manchester United, the club changed tact.

Legacy of the Carneiro case

Carneiro, a role model for young women to stand up for their rights and to pursue a career in a predominantly men’s game, will most likely leave the limelight of the football world.

Mourinho on the other hand, takes over the reins at Manchester United, seemingly unscathed from the case. Manchester United were also keen that the case involving their new manager and the former Chelsea doctor was taken care of. His reputation is still intact, for now, as the English media continue to be enamoured with the “Special One.”