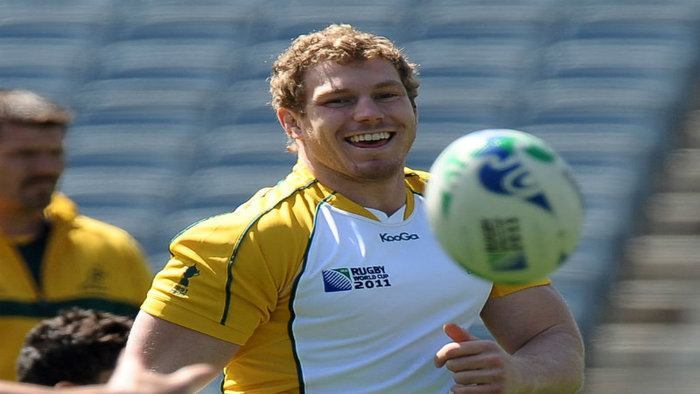 If the deal to play for the Wasps pushes through, Australian openside flanker David Pocock will become the highest paid rugby player. The Wallabies superstar has been eyed by former Wales captain and ex-Cadiff coach Dai Young to play for the English Premiership club. With this in clear sight, betting on rugby union will become more interesting.

As his contract with the Australian Rugby Union expires at the end of 2016, Pocock is currently weighing his options and is expected to make his decision in the next couple of weeks. Pocock has expressed his desire to go on a lucrative sabbatical from rugby to attend university outside Australia. However, he is open to the possibility of playing for the English Premiership club.

There has been a buzz about the amount of the offer, and it has been reported that the Wasps will offer Pocock more than $2.8 million per season – around the same amount that New Zealand native Dan Carter is earning from playing for French club Racing 92.

Before you go searching for sports betting bonuses and move your wagers to the Wasps, hold your horses because the Australian Rugby Union won’t let go of Pocock just yet. Wallabies coach Micahel Cheika stated that the association will exhaust all means to keep the brilliant openside flanker Down Under. They are hoping to come up with a deal and an agreement just in time before the Super Rugby season begins on 26 February.

The amount that the Wasps is reportedly offering would be superior to any offer from his current province, Brumbies. Moreover, the alleged offer would be more than half the Australian team's salary cap for the Super Rugby.

If Pocock’s plan to study overseas pushes through, he would not be eligible to play for an Australian team. Currently, offshore-based Wallabies are required to be on 60 Test caps or above to qualify for selection under ARU rules – Pocock is only on 48.

At 27, Pocock is considered a towering presence in the Australian back row. In the eight matches his team won against Wales, the remarkable flanker posed as a dominant figure. Moreover, whenever he plays for the Wallaby team, the win record of Australia against the world’s best teams goes much higher. A simple visit to any online sports betting site during a Super Rugby season will provide an overview of Pocock’s performance.

Pocock is also referred to as the master of the breakdown since he played a number of standout seasons for the Western Force and when he was dubbed as one of Australia’s star players in the 2011 World Cup. He even became the star of the 2015 World Cup when he led the Wallabies to the finals. He scored three tries in the sports event. So now you know which team to look out for during live sports betting season.

2015 ended for Pocock with numerous awards, including the Brett Robinson Award for the Brumbies Player’s Player and Best Forward. He was also voted Stallion of the Year and Australian Super Rugby Player of the Year.