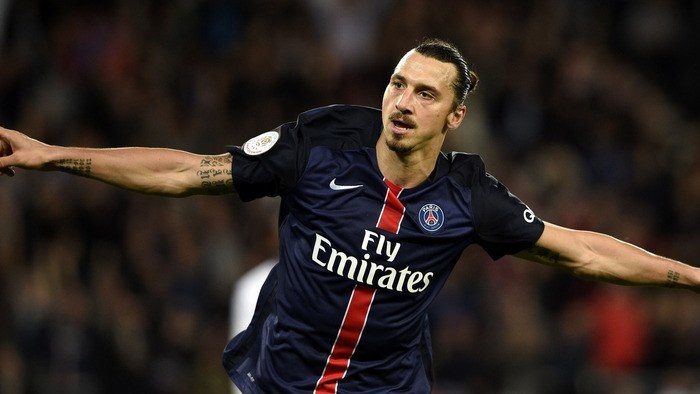 With the Euro 2016 tournament kicking off on June 10th, English Premier League transfer news has gone into high gear. Already, Arsenal and Manchester United are busy reshaping and improving their squads ahead of next season. Both teams are in negotiations with several players with more expected in the coming weeks.

Manchester United have already signed one of the biggest free agents in football. Taking over from Louis van Gaal Jose Mourinho joined the Red Devils as manager on a three-year contract and is expected to turnaround the team’s recent fortunes.

Manchester United is now closing in on the signing of Swedish international Zlatan Ibrahimovic. The striker is coming off of winning four consecutive French Ligue 1 titles. Ibrahimovic captured France’s golden boot in three of the last four seasons, and in 2015-16, the striker scored 38 goals.

Manchester United are also hot on the heels of a £32 million move for Villarreal defender Eric Bailly. The Ivorian international played 25 times in La Liga last season, and averaged 1.8 tackles and 2.6 interceptions per game, according to WhoScored.com.

Arsenal have already signed Granit Xhaka, a holding midfielder that will dictate the pace of Arsenal’s attacks. The Gunners are at it again, finally giving into supporter pressure and buying players to improve the team further.

Arsenal shocked the English football world over the weekend by triggering Jamie Vardy’s Leicester City release clause. The move would take the English Premier League winner to the Emirates to partner Olivier Giroud and Danny Welbeck. Vardy’s price tag is £20m and is expected to sign a four-year contract.

Vardy is not the only player Arsenal are tracking as Henrikh Mkhitaryan  could be on his way to the Gunners as well. Unlike Chelsea, who is attempting to sign Mkhitaryan too, Arsenal can offer the Borussia Dortmund midfielder Champions League football next season. Mkhitaryan tallied 32 assists in 52 matches for Borussia Dortmund, who are in danger of losing many of their key player this summer.

Vardy may be on his way out of the King Power Stadium, but Leicester City may have already found the man to replace him. Sporting Lisbon’s Islam Slimani could be the Englishman’s replacement at Leicester. Slimani scored 27 times for Sporting last season as the Lions finished second in the Portuguese Primeira.

Manchester City have sealed a deal for Borussia Dortmund midfielder Ilkay Gundogan. City have paid £20m for the midfielder on the requests of new manager Pep Guardiola, and he is expected to slot into the Blues’ midfield immediately. That is, if Gundogan can stay fit. The Germany international battled back injuries for much of his time at Dortmund.

Gundogan’s arrival may see Ivorian international Yaya Toure out the door of the Etihad. Toure has been with Manchester City since 2010, but looks to be on his way to either Inter Milan or an unnamed team in China.

Finally, Liverpool have been linked with Arsenal left-back Kieran Gibbs as the club look to replace incumbent Alberto Moreno. However, worryingly for Liverpool is the news of Barcelona’s interest in Philippe Coutinho. The Brazilian could move to the Nou Camp this summer after Liverpool failed to qualify for the Champions League or Europa League last term. Brazil teammate Dani Alves has been urging Coutinho to move to the Spanish giants and leave Liverpool this summer. If Coutinho leaves, it will be another major player exit for Liverpool.