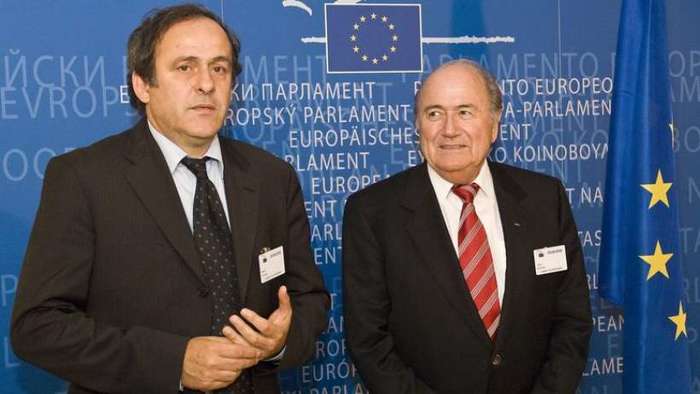 The world of football recently got a shock when Fédération Internationale de Football Association (FIFA) and Union of European Football Associations (UEFA) presidents, Sepp Blatter and Michael Platini respectively, found themselves at the center of a bribery scandal. The former had allegedly paid £1.34 million to the latter in February 2011.

The two football league presidents argued that the payment was for work that Platini had done during his years as a technical adviser in 1999 to 2002. Though there was no written contract, they apparently had a verbal agreement, which is considered legal under Swiss law. This past December, the two received 8-year suspensions from all football-related activities from an independent Ethics Committee as investigations found no legal basis for the payout. In addition to the near-decade bans, Blatter was required to pay a fine of £53,944, while Platini needed to pay £53,912.

However, the two have no plans of going down without a fight as both have made appeals to lift the bans. This past Monday, Platini made his appeal and spoke to the media, saying that he was not fighting for his future in football, but against the injustice placed upon him. Blatter followed with his appeal a day later. Both embattled soccer heads plan to take their appeals to the Court of Arbitration for Sport if they fail at the appeals court.

Though he had already announced his plans to step down before the next FIFA presidential election, Blatter’s suspension puts an end to the 79-year-old’s lengthy career as a football administrator. He’s held onto the position since 1998.

Incidentally enough, Platini was a favourite choice of bookmakers to take Blatter’s place. He has been the head of UEFA since 2007 and has even pulled out of the 2015 FIFA presidential campaign to focus on his current job.

Considering their long terms as presidents of their respective associations, there are still those who support Blatter and Platini. UEFA announced last month that they will hold off elections until that latter’s appeal process is completed, regardless whether it’s successful or not. As for Blatter, his re-election as FIFA’s president back in 2011 showed how much confidence the rest of the association had in him even after corruption allegations regarding World Cup bids.

Though there’s no saying when any decision will be made regarding the status of their bans, the allegations against Blatter and Platini are sure to affect the football world. Whether or not the suspensions are lifted, football associations can still take a positive turn and better reforms can be made to help reduce corruption surrounding the game.

For more sports news and blogs, as well as soccer sports book bonus codes to help you with football betting, visit our HitYah website.