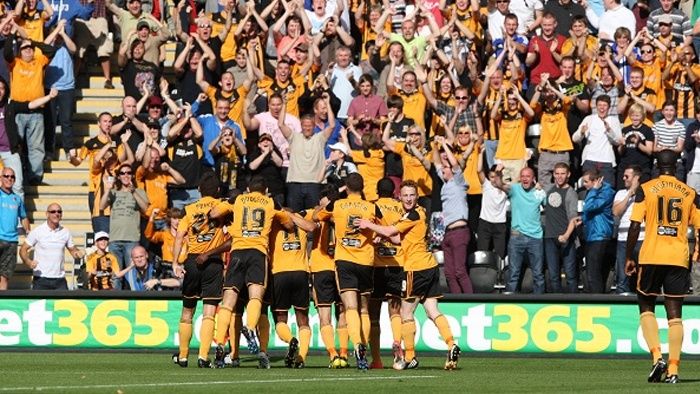 The biggest money game in football

With promotion estimated to net the winner of the Championship Playoff well over £100 million, both Hull City and Sheffield Wednesday came into the fixture with everything to gain and just as much to miss out on.

The final, played at Wembley Stadium in London, was a cagey affair. Too often Sheffield Wednesday looked afraid of making mistakes, most likely do to their 16-year exile from the English Premier League.

With the match sadly scoreless late in the second half, Hull City’s Robert Snodgrass laid a pass off to Diame. The Senegalese attacker took one touch before curling a 25-yard shot past Sheffield Wednesday goalkeeper Keiren Westwood. The goal came out of nowhere and Diame’s split second of magic completely shocked all Sheffield Wednesday players and. It was a moment the Owls never recovered from as Hull City return to the English Premier League.

Back in the big time

Hull City only spent 370 days outside of the English Premier League and, like Burnley, return to the top-flight after only one season away. Unlike Sheffield Wednesday, Hull City were able to hold their nerve in the playoff final, and despite the early tension, did what was needed to gain promotion.

Hull City are currently for sale and, predictably, new interest could spawn from their promotion back to the English Premier League. Despite promotion, manager Steve Bruce said he would deliberately reconsider his future before committing to another season with the club. Bruce has been with Hull City since 2012.

How to Get Rich or Die Trying

According to Deloitte’s Sports Business Group, promotion will earn Hull City around £110m. Interestingly, Sheffield Wednesday would have netted £170m if the club had topped the Tigers. Much of the financial reward is due to the television revenue from the contract rights agreed last year. It is expected that Hull City could earn around £290m next season. That figure rests on the Tigers’ ability to stave off relegation in their return to the English Premier League.

Estimated Worth of Promotion

What are the chances of Hull City fans utilising online sportsbook no deposit bonus options to wager on their favourite team's success in the English Premier League? Pretty good, actually. Hull City will now be able to use their £110m to restructure a squad that finished fourth in the English Championship. Despite having several good players, Hull City still have numerous holdovers from the squad that got relegated last May. A solid transfer window this summer and the club could see their £110m soar to nearly £300m this time next year.