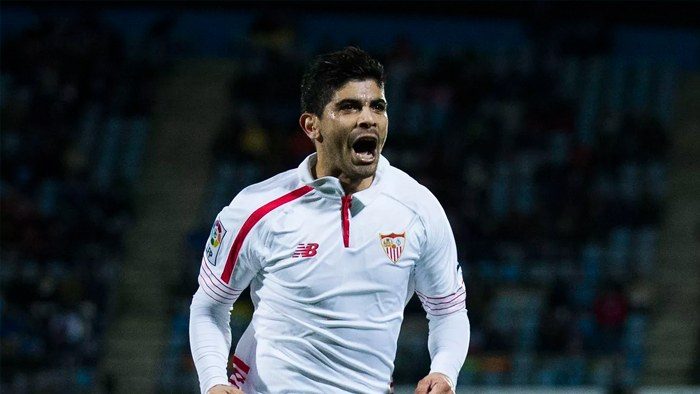 Inter Milan have signed Sevilla’s attacking midfielder Ever Banega, according to reports from Italy. The two-time Europa League winner is allowed to leave Sevilla this summer on a free transfer. Inter Milan coach Roberti Mancini claims that Banega has signed a pre-contract with the club, even having a medical with the San Siro outfit earlier this year.

While Inter have claimed that Banega is on his way to the Nerazzurri, Sevilla have refuted the claim. Sevilla have stated Banega has an automatic extension clause in his contract that has now been triggered.

Banega’s Sevilla contract reportedly has a clause in it stating the Argentine would be given an automatic year extension if he played 30 matches in 2015-16. In March, Sevilla’s sporting director Monchi said he “doesn’t care” about any rumours of Banega leaving, as the player will be back at the Ramon Sanchez Pizjuan Stadium for another season.

A Much Desired Playmaker

Banega has been one of Sevilla’s most consistent players since arriving at the club from Valencia in 2014. This season, Banega featured 38 times for Sevilla, scoring seven goals and adding three assists. Much of Sevilla’s attack during the season came through the middle of the park, and it was thanks to the Argentine’s influence that Frenchman Kevin Gameiro was able to tally 29 goals in all competitions.

This season was Banega’s best in terms of goals scored. While he only registered three assists, much of Banega’s influence comes from positions that allow him to spread the ball around. Banega possessed an 83% pass success rate this term. Currently, Banega is rated at £11.25 million by Transfermarkt.

Will He Stay or Will He Go?

Sevilla have already stated their desire to keep Banega at the heart of their attack. Banega is not the only player the team are hoping to keep for another year as fellow attacker Gameiro could leave as well. The two were extremely important to the success of the club this season, combining to lead Sevilla to their third consecutive Europa League title.

While teams have expressed interest in the playmaker, neither Inter Milan nor Manchester United – the two clubs heaviest linked to Banega – will be able to provide him with Champions League football next term. Sevilla’s Europa League win over Liverpool guarantees the Spanish side will play in the competition next season.

Banega still has the opportunity to lift another trophy with Sevilla this season. The Andalusians will play Barcelona in Spain’s Copa Del Rey final this weekend.

If Inter can find a way to sign Banega on a free, he will provide the Nerazzurri with a playmaker the club desperately need. Much of Inter’s attacking play came through their wings as the club had difficulty spreading play side to side through a central playmaker. Banega would be a readymade solution to Inter’s midfield problems and would continue a line of brilliant Argentines to come through the club.