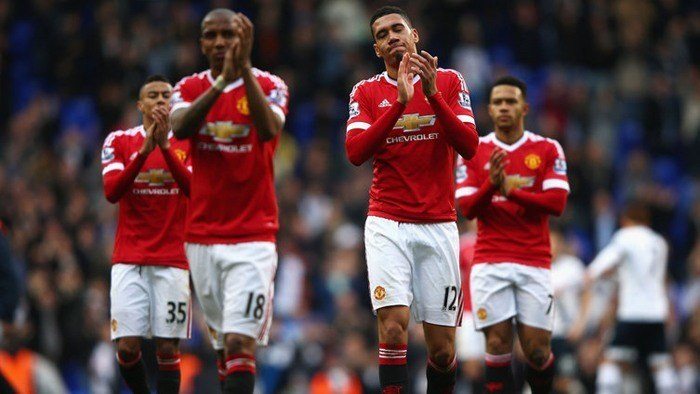 Manchester United’s Champions League race for the fourth and final place will come down to their ultimate match of the season against Bournemouth.

United must win on the final day of the season and hope rivals Manchester City lose away to Swansea City to qualify for fourth. However, if Louis van Gaal’s men lose on Sunday, West Ham could usurp them for fifth place. Even if United are successful in their quest for fourth, the Red Devils must play in the Champions League qualifying round in the summer, a repeat of last summer.

Van Gaal’s time at United has been classified by most as a disappointment. In his nearly two seasons at the helm of the famous English club, Van Gaal has accumulated a 51% win success rate. Which is the lowest of a career that has seen the Dutchman coach Ajax, Barcelona and Bayern Munich.

Reports have indicated Manchester United will appoint Jose Mourinho in the offseason, but Van Gaal recently told reporters he expects to be at the helm of the club next season. Van Gaal has one season left on his three-year contract, and regardless of him being in charge next term, United are expected to spend big in the summer.

In Van Gaal’s first season with Manchester United, the club finished fourth, but were unable to make it through the group stages of the Champions League this term. The Red Devils were then knocked out of the Europa League by finalists Liverpool.

Much of the blame for United’s performances this season have been focused on the team’s benign attack that has bored fans more often than thrilled them. Unfortunately, the club are on pace to set their lowest English Premier League goals haul.

United’s brightest spark in front of goal this season has been £61.6 million signing Anthony Martial. His eleven goals lead the team as he has lived up to the transfer fee the club paid Monaco last summer.

While Martial has been a success and looks to build on this season, fellow summer signing Memphis Depay has been an extreme disappointment. In 28 games, the Dutchman has tallied a mere two goals. Reports have linked Depay with a move away from the club already, as United look to replace the attacker.

United are a longshot

United are longshots to make the top four as Bet365 have listed the Red Devils at 7/1 to finish fourth. Meanwhile, City are 1/12 to qualify ahead of Pep Guardiola’s debut season at the Etihad. United are favourites to win against Bournemouth at 2/5. Yet, Bet365 expects City to cast aside Swansea in Wales at 8/15 odds.