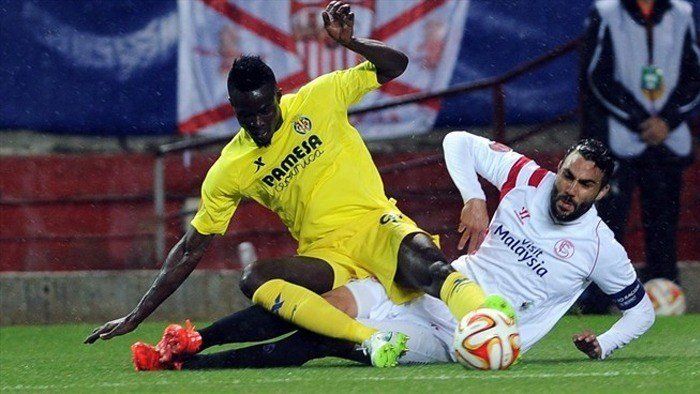 Manchester United summer's spending spree has started with their signing highly rated centre-back Eric Bailly from Villarreal. The Spanish side have reportedly received a record fee for the 22-year-old Ivorian.

Villarreal president Fernando Roig did not give an exact figure, but he did reveal that the transfer fee paid by Manchester United was near £31.3 million.

It is believed that new Manchester United manager Jose Mourinho will have £300m to spend on new signings. The Red Devils may be able to increase that amount as there are likely to be several players already on the team’s books that Mourinho will sell.

Bailly joined Villarreal in January 2015 for around £5m from La Liga rivals Espanyol. Since arriving, Bailly has become a constant in the defence of the Yellow Submarine. Bailly played 32 times for Villarreal during the 2015-16 season, averaging 1.8 tackles and 2.6 interceptions per game, according to WhoScored.com.

Bailly is an excellent passer from the back and is not afraid to dribble the ball out from danger. He will need to improve on his discipline under Mourinho as the young centre-back collected nine yellow cards and one red during the La Liga season.

Manchester United gave up 35 goals last season, and though Chris Smalling and Daley Blind were regulars in the side, it is the Red Devils’ lack of quality depth that needed addressing.

Phil Jones, signed by Manchester United for £17m in 2011, has been a flop at the club. Jones only appeared six times as a centre-back during the season. If rumours are to be believed, Mourinho will sell Jones and re-tool the defence.

Bailly should slot in with Blind and Smalling, allowing Mourinho to shuffle between the three. Smalling and Blind can also be used as full-backs, increasing Mourinho’s defensive options at United.

What to Expect from Bailly in the English Premier League

Bailly had been in Spain for five seasons, but only came to prominence with Villarreal in the last year. Comparisons can be made to Manchester City’s Nicolas Otamendi, although, not in playing style. Otamendi made a similarly priced move to United’s city rivals last summer, but failed to live up to the hype of the transfer fee.

Bailly will have just as much pressure as Otamendi had on him, once the season begins at Old Trafford. With the injury record and fail of Jones before him, the biggest question next season will be if Bailly can adapt to the English Premier League quickly, or will Mourinho sit him on the bench?

With all the dramatic changes at Manchester United so far, and more to come, will this see a turnaround for Manchester United and their chances of winning the English Premier League? Ladbrokes Sports, the new official betting partner of the English Football Association (FA), will be "at the beating heart of the beautiful game," and investing funds back into the game at all levels. If you're not already one of the many signed up to Ladbrokes, then check out their latest bonus sign up offers.

Manchester United Still Suffering from the Past

In some ways, Manchester United are still suffering from Sir Alex Ferguson and David Moyes’ insistences to continue with ageing defensive stars. Ferguson favoured the likes Rio Ferdinand and Nemanja Vidic during his final years, rather than overhaul his defence. Moyes did similar. Manchester United are now paying for the failure to bring top quality centre-backs through earlier. Although, the Red Devils did try with Jonny Evans and Jones.