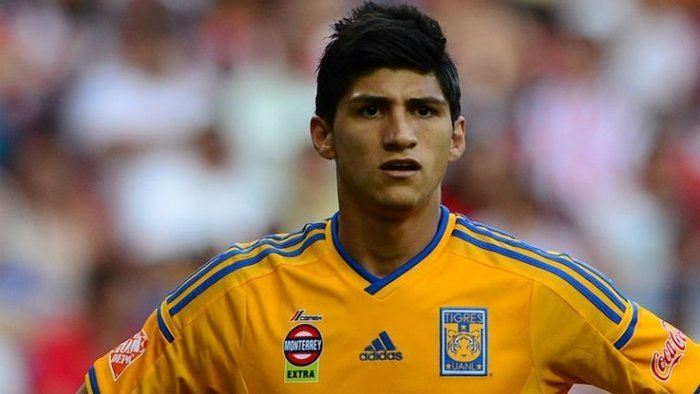 Olympiakos soccer player and Mexican international Alan Pulido has been freed by kidnappers after he was abducted on Saturday night in Ciudad Victoria, one of the most violent areas near the USA border. The 25-year-old striker was on his way home from a party with his girlfriend when their car was suddenly surrounded by several trucks and the footballer was taken by masked men.

Mexico has been well-known for organised crime in recent years. Drug cartels have been known to rule towns in the country as they fight a war against other cartels within Mexico over the selling and export of drugs.

In addition to the drug wars that have been going on for many years, kidnapping has become one of the top crimes in Mexico. Kidnappers routinely sell a kidnap victim back to families in an attempt to make money.

The country has said around 1,000 kidnappings occur per year. However, that figure has been questioned, with experts on Mexican crime stating the figure could be closer to 10,000 kidnappings per year.

According to the BBC, the area in which Pulido was taken is regularly used by drug smugglers on their way into or out of the USA. Much of the drugs produced in Mexico end up in the USA for street purchase.

Crime has mixed with soccer on a regular basis in Mexico and other Latin American countries. At one time, Colombia was well-known for the links drugs don Pablo Escobar had with both domestic and international footballers in the country.

Former Queretaro owner Tirso Martinez Sanchez was the head of a “major drug trafficking organisation” in Mexico in the early 2000s. He was able to launder money through his sporting ventures with the club as well as two other minor sides he helped “fund.”

Soccer players in Mexico have also been used as drugs or cash mules to take items into the USA. In 2003, former Club Necaxa player Carlos Alvarez Maya was stopped in Mexico City’s international airport with over $1 million on his person.

Soccer isn’t the only sport in Mexico to be linked with organised crime. Both boxing and professional wrestling, two sports with long histories in Mexico, have seen their fair share of notorious bedfellows over the years.

Pulido debuted for Mexican side Tigres UANL in 2009. The striker played five seasons for Tigres scoring 23 goals in 101 matches. Pulido moved to Greek team Levadiakos in 2014 which caused a legal dispute with former club Tigres. Pulido was said to still be under contract to the Mexican club, despite the player stating otherwise.

He was finally able to play his first match for Levadiakos in the spring of 2015. However, his influence was not enough to keep the Greek team in the top-flight.

Pulido moved to current club Olympiakos last summer on a free-transfer. During the season, Pulido tallied six goals and three assists in 16 matches in all competitions. Pulido is currently under contract to the Greek giants until the summer of 2019.

Pulido was taken to the hospital following his abduction and during an interview with reporters, the player had a noticeable bandaged wrapped around his right hand. Many believe his kidnapping was a chance encounter, rather than being targeted by the group responsible for his abduction.