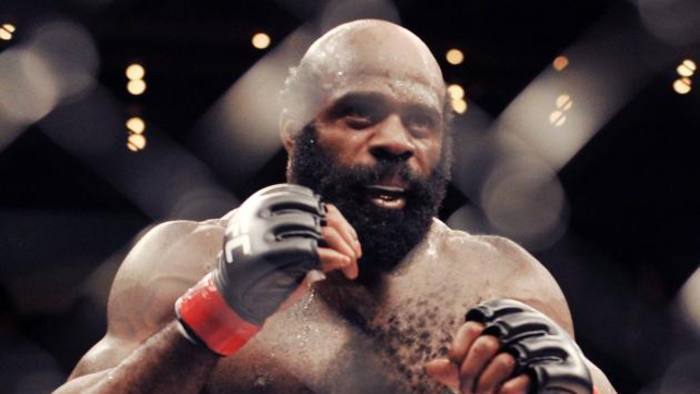 Mixed Martial Arts fighter Kimbo Slice has died at the age of 42, after being hospitalised in Florida. Slice was a competitor for the MMA group Bellator which is owned by media giants Viacom. No reason has been given for Slice’s death, although foul play has been ruled out.

Following the fighters death on Monday, Bellator president Scott Coker spoke about the company’s sadness over the loss of Slice.

"We are all shocked and saddened by the devastating and untimely loss of Kimbo Slice, a beloved member of the Bellator family," Bellator president Scott Coker said in a statement.

"Outside of the cage he was a friendly, gentle giant and a devoted family man," Coker stated. "His loss leaves us all with extremely heavy hearts, and our thoughts and prayers are with the entire Ferguson family and all of Kimbo's friends, fans, and teammates."

Who was Kimbo Slice?

Born Kevin Ferguson, Slice became known for his street fights that were distributed on the internet. Slice had numerous videos posted on YouTube featuring him in backyard brawls and, thanks to the notoriety he received, was thrown into the MMA spotlight.

Slice made his MMA debut for the Elite Xtreme Combat fighting company, and knocked out former UFC fighter Tank Abbott in 43 seconds. However, Slice came under suspicion of “taking a dive” at EliteXC’s October 2008 event. Though the fight was found to have had “no wrongdoings”, the media attention hurt the company and EliteXC went out of business shortly thereafter due to debt trouble.

Slice's Deal with the UFC

Slice was signed by the Ultimate Fighting Championship, although he was only contracted to fight on the company’s Ultimate Fighter 10 TV series. Despite performing well on the TV program, Slice’s UFC pay-per-view did not go to plan. The fighter lost at UFC 113 to Matt Mitrione via TKO. Slice was released from his contract a day later.

Following a brief foray into boxing that saw Slice win all seven of his fights and an attempt at professional wrestling in Japan, he signed a deal with the MMA group Bellator in 2015. Slice defeated former UFC Champion and WWE wrestler Ken Shamrock at Bellator 138.

However, Slice once again came under scrutiny following his Bellator 149 fight earlier this year. In a match against Dada 5000, Slice was awarded a TKO win. However, the fight was later ruled a no contest due to Slice testing positive for the anabolic steroid Nandrolone. Dada 5000, whose real name is Dhaffir Harris, reportedly had two heart attacks during the fight. He was stretchered out of the arena following the bout.

Slice polarised countless MMA fans. Many saw him as just a backyard brawler with little skill at true MMA fighting. His rise in popularity had long been played down by UFC president Dana White. White’s insistence the fighter would need to go through UFC’s Ultimate Fighter 10 TV series was a testament to his disinterest in Slice as a performer. Yet, Slice’s popularity only grew, making him one of the faces of MMA at the time.

For the most part, Slice will be known as one of the men that transcended MMA. Like fellow fighters WWE wrestler Brock Lesnar and UFC fighter Conor McGregor, he was one of the names that casual fans and non-fans knew. In spite of his novice abilities in the octagon, Slice was one of the most well-known names and faces to grace the ever-expanding sport of MMA.