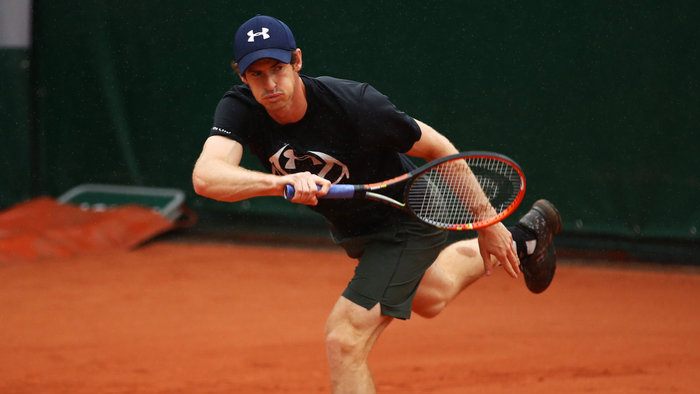 Coming off of a monumental win at the Rome Masters nine days ago, world number two Andy Murray narrowly avoided defeat in the opening round of the French Open.

Murray started the clay court tournament by losing the first two sets of his opening round match against Czech Radek Stepanek. Fortunately for the British tennis star, Murray battled back, taking set three before play was suspended on Monday night due to bad lighting.

However, down two sets to one, the pressure was on Murray as play resumed Tuesday. Murray responded, winning sets four and five, despite being pushed all the way by Stepanek. Against the Czech, Murray was two points from defeat in the deciding set. Yet, with the tournament on the line, he came back to see off Stepanek.

Murray is a three-time French Open semi-finalist, he is yet to the take top-prize at Roland Garros. Currently at 4/1 odds by most bookmakers, Murray sits as the second favourite behind Novak Djokovic.

Up next for Murray will be Frenchman Mathias Bourgue. Ranked 164th in the world, the 22-year-old recently competed in the Open de Nice Cote d’Azur where he lost in the second round. In his opening match at Roland Garros, Bourgue overcame Spaniard Jordi Samper in three sets. Murray will have his work cut out for him with Bourgue in round two.

Be sure to check the bonus and promotion deals available from the various bookmakers, like Winner's Tennis Accumulator Bonus.

Following his win, Murray praised the Czech Stepanek highly, and he spoke to the press, relieved to get through to the second round.

"It's unbelievable what he's doing," Murray stated. "He had an extremely bad injury last year and still at 37 coming out and fighting like that, playing that way, it's unbelievable. I don't expect to be doing that myself at that age.

"I'm just glad I managed to get through. He's always been extremely difficult to play. I wasn't able to dictate many of the points, I wasn't in a great rhythm, and that's credit to him and the way that he played.

"I fought extremely hard today and I'll get a chance to play again tomorrow."

Although Murray defeated world number one Djokovic in Rome, the Serbian is the favourite to finally take home the French Open title. Djokovic has been runner-up in three of the last four tournaments. In the first round, Djokovic defeated Yen-Hsun Lu 6-4, 6-2, 6-1.

Djokovic faces Belgian Steve Darcis in round two. Darcis is currently ranked 161st in the world. The Belgian made short work of Turk Marsel Ilhan in the opening round 3-6, 4-6, 0-6. Darcis will have a much more competitive match against Djokovic and will need the match of his life to progress. In Darcis’ most recent tournament, the BNP Paribas Primrose in Bordeaux, he had his best finish this year. Darcis was able to make it to the quarter-finals before bowing out to American Bjorn Fratangelo.

A Murray versus Djokovic Rome Masters final rematch is on at the moment. Will it happen? Possibly, but there is a lot more tennis to be played at Roland Garros in 2016.