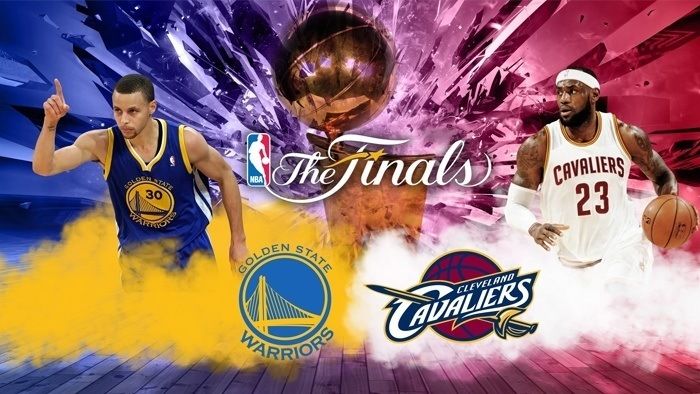 The 2016 NBA Finals will feature a rematch of last year’s seven game series, as the Cleveland Cavaliers look for revenge against the Golden State Warriors. Stephen Curry rallied his Warriors teammates in last year’s finals and will look to do it again after winning his second consecutive NBA Most Valuable Player Award.

The Road to the Finals

Down 3-1 to the Oklahoma City Thunder in the Western Conference finals, the Golden State Warriors powered back behind all-star guard Curry, dramatically winning the series in seven games. The Warriors set an NBA record for wins in 2015-16 with 73, and have been near unstoppable in the playoffs.

The Cavs’ run through the playoffs has been unblemished for the most part. However, Cleveland did get a scare in the Eastern Conference finals from the Toronto Raptors. Despite cruising to victory in games one and two, Toronto fought back, taking games three and four at home in Canada. The Cavs’ talent rose to the top, however, with LeBron James and company sealing the series in six games.

Stephen Curry and LeBron James have won six of the last eight NBA MVP Awards between them, and are undoubtedly the two biggest superstars in the league currently.

Curry averaged 30 points per game during the regular season, which led all Golden State scorers. He will be key in the finals, at least on the offensive end. Oklahoma City Thunder’s Russell Westbrook had joked about Curry’s defending during the Western Conference finals, yet Curry got the last laugh, wearing out the Thunder’s guard. Curry will be vital in the final for the Warriors on both ends of the court, as he can mix it up on both offence and defence.

At 31, James is a 13 year NBA veteran, and he looks to be slowing down slightly. That doesn’t mean he isn’t the Cavs’ most important player. James still averaged six points a game more than teammate Kyrie Irving, who finished second in scoring with 19 points a game. Without James, Cleveland would have made the final and been as strong as they are. Like Curry, he makes the players around him better.

The two teams met again less than a month later in Cleveland and the Warriors stormed to a 132-98 victory. Curry scored 35 points, while James was limited 16 and five assists. With NBA teams notoriously difficult to beat on their home courts, the Cavs’ 34 point loss was uncharacteristic. What are the best bettings sites offering in odds for this game? Can the Warriors do it again in the finals? Perhaps, but the Cavs’ should keep it much closer.

Golden State is favoured by bookmakers such as Bet365 and with the way the Warriors played in the regular season against the Cavs, they have every right to be. Curry is unplayable when he is on, although James can be, too.

While both teams rely on their two superstars, it may be the role players and bench that wins the final. Much of Golden State’s scoring per game was scattered between four players – Green, Curry, Klay Thompson and Harrison Barnes. Cleveland had five players average double figures during the regular season, and had better points per game average from their bench than Golden State did.

If Cleveland can get their bench to score and limit Curry’s shooting, they will win the finals. Shutting down Curry is a big ask, and something few teams have done during the season. Curry was big in Golden State’s turnaround in the Eastern Conference finals. Cleveland will need to do everything in their power to stop him. If they can’t, Golden State will win back-to-back NBA Finals. As mentioned, you can place your wagers online through Bet365. Odds to win the final: Golden State 1.48, Cleveland 2.75.