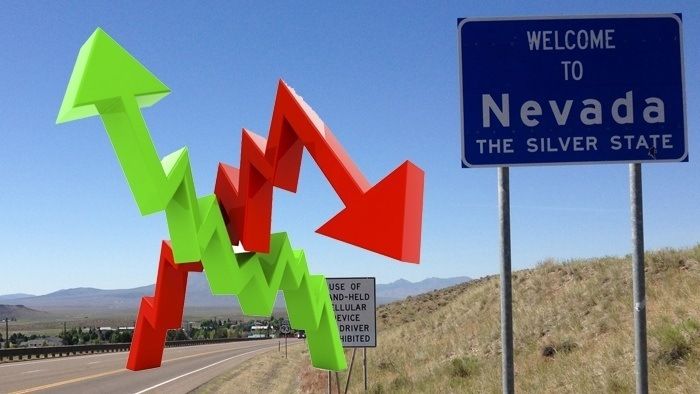 Expect to see more online bookmakers that offer live sports betting if the market revenue continues to grow. According to the Nevada Gaming Control Board, despite the further losses in the casino sector, the sportsbook market in the state of Nevada continued to see more growth in the month of April.

Casino Revenue Drops While the Sportsbook Market Continue to Flourish

On Thursday, the board released the Nevada casino revenue report for April and it revealed that across the state, the revenue dropped 2.4 percent to $876.1 million. On the Las Vegas strip, things were a bit better as the gaming revenue was off 1.5 percent to $491.2 million. The revenue generated for March this year amounted to $922 million.

Punters in Nevada must have taken advantage of different types of odds in sports betting as the revenue in the sportsbook sector amounted to $13.5 million – a 70 percent jump from April last year. The overall handle amounted to $292 million which is $40 million higher than the April 2015 stats. It is also the best result for April on record. The revenue increase marks the return of the sportsbook market’s impressive winning streak. With punters visiting land-based and online sportsbooks like Winner, this sector enjoyed seeing growth in 2016 until March.

People were indeed following Stephen Curry versus Kevin Durant matches given the fact that the sports betting revenue were driven by basketball punters. The bookies collected almost $5 million, up by more than 136 percent from April last year. The basketball betting handle also set a record with $130.4 million. During the first month of Major League Baseball, around $124.2 million in handle was generated, up by about $30 million year-on-year. The sportsbooks kept almost $8 million, up by 19 percent from the same month in 2015.

There is also an increase in the “other” category of the bookies. This sector which is composed of different sports apart from the major ones saw a 40 percent to $5.2 million revenue increase. This growth may be attributed in part to wagers placed on UFC. Meanwhile, revenue for racing was up 8.9 percent to $3.7 million.