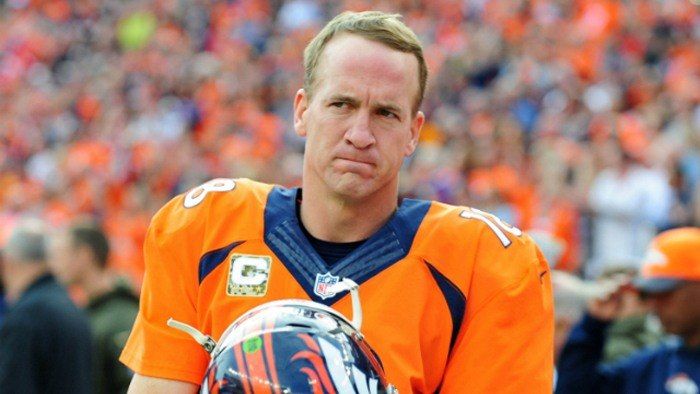 The National Football League (NFL) will investigate players that were alleged to have used performance-enhancing drugs (PEDs) in June. According to an Al Jazeera America report in December, several active and non-active NFL players were accused of using the drugs.

The highest-profile player to be alleged of using PEDs was former Indianapolis Colts and Denver Broncos’ quarterback Peyton Manning. The future hall of famer was accused of using human-growth hormone and other PEDs following his neck surgery in 2011.

Since the Al Jazeera report was released, Manning has vehemently denied the accusations. The reported was based on an interview with Guyer Institute intern pharmacist Charlie Sly. Sly reportedly spoke to a reporter working undercover for the Al Jazeera network. However, Sly has since recanted his account, telling ESPN he “isn’t even a pharmacist” and “wasn’t at the Guyer Institute in 2011.” Manning retired from the NFL earlier this year. In all, Manning played 18 seasons in the NFL.

Other players mentioned in the report

The reporter in the documentary stated Manning “was never directly connected” to the use of PEDs. Manning said he used the hyperbaric chamber at the Guyer Institute and to receive blood flow treatment.

The NFL will investigate the reports further and will be speaking to the players mentioned in the next month.

The NFL has received criticism from some circles in their delay in response to the allegations from Al Jazeera. Since the story broke in December the American football organisation has taken its time to speak to the players involved. By the time the NFL finally speaks to its players over the use of PEDs, six months will have elapsed, a time that much of the interest and intrigue from the story will have died down.

The NFL has a long history with steroids and PEDs. Use of the drugs dates back to the 1960s, but it wasn’t until the mid-1980s that the NFL began testing for the substances. Before then, steroids were a normal aspect to sports and many players were prescribed steroids by doctors.

In 2013, an unnamed NFL player stated he believed “10-15 on each team” take HGH. In a SBNation article, NFL draftees in 1979 were compared to those of 2013. All the offensive linemen in the 2013 draft class weighed no less than 298 pounds. Compared to 34 years earlier, the heaviest player in the same position weighed in at 272 pounds.

With the new NFL season nearing every day, and NFL fans looking to place their wagers with the most reputable and best online bookmakers, the league will continue to review the allegations made by Al Jazeera. However, it may be some time before a definitive action is taken.