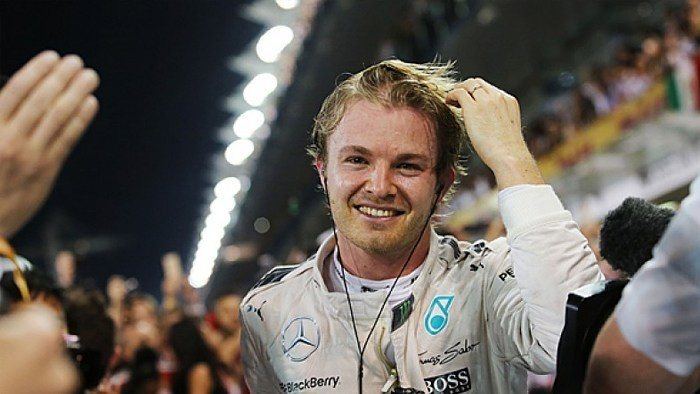 After three consecutive races without a victory, Formula One driver Nico Rosberg returned to the podium with a win at the European Grand Prix. Rosberg’s win pushes him to 141 points on the Formula One season, 24 more than nearest rival Lewis Hamilton.

The 51 lap, 306 kilometre European Grand Prix debuted in Baku, Azerbaijan, for this year’s race, and did not disappoint. The Baku City Circuit provided the backdrop for an exciting and entertaining race where Rosberg finished ahead of Sebastian Vettel while Sergio Perez came in third.

Rosberg has been dominant in this season’s Formula One. The German won the competition’s first four grand prix races of the season – Australia, Bahrain, Chinese and Russian – before going into a mini-drought. Formula One’s top driver failed to finish the Spanish Grand Prix, and came seventh and fifth, respectively in the two subsequent races.

In Baku the German was able to get back to the podium, as he continues to hold off his rivals for the championship. Rosberg finished second in Formula One’s final table last season, and he has set himself up perfectly to go one better in 2016.

Last year’s overall points winner Lewis Hamilton had a difficult day at the European Grand Prix. The Englishman finished fifth in Baku, although he remains just 24 points behind Rosberg. After the race, Mercedes explained that Hamilton’s car had been effected by a “failure to pre-set energy deployment”. Although Rosberg’s car was affected, too, it took longer for Hamilton to overcome the problem. Formula One regulations do not allow pit crews to inform their drivers of the problem, rather the driver must assess and adjust to it themselves. Hamilton’s adjustments didn’t come as quickly as he would have liked, which helped doom the driver to a place outside the top three.

Second place finisher Vettel improved his overall points total to 96 after the grand prix in Baku. Vettel has now finished second in back-to-back races. The German has finished on the podium in five of the eight races this season, but twice he did not finish races.

Third place finisher Perez is in eighth place in this season’s Formula One rankings. The Mexican sits on a mere 39 points, although his finish in Baku was the second time in three races he has reached the podium. Perez finished third at the Monaco Grand Prix, but has spent most of the season finishing outside of the top seven in each race.

What’s Next in Formula One?

Formula One racing will not return to action until July 3rd 2016, when the circuit arrives at the Red Bull Ring for the Austrian Grand Prix. Last year’s race was won by Rosberg, and the German will have experience on his side as he attempts to win the Austrian Grand Prix for the third consecutive year in a row.

With so many online sportbooks to choose from, how do you make sure you're placing your money with one of the recognised reputable betting sites? And, how to you ensure you're making the most of your hard-earned cash? Well, you can check out our HitYah reviews for all the top sportsbooks. And then, if you see a new site you like, one that you haven't tried out before, then take advantage of their sign up offers.