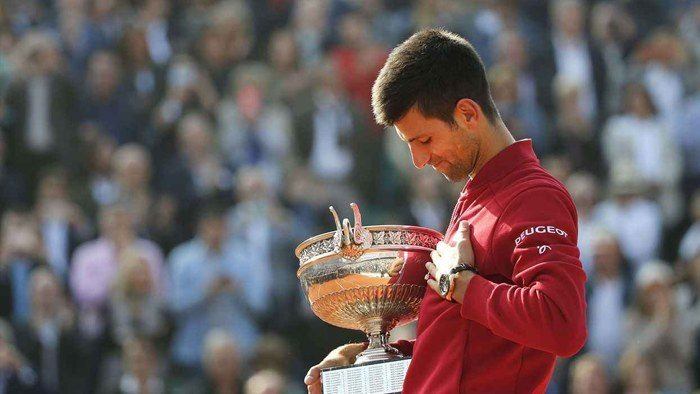 Things didn’t start out as planned for Djokovic as Murray stormed out to an opening set lead winning the first frame 6-3. Murray, the world number two, looked impressive in the opening, and thoughts of another disappointment at Roland Garros for Djokovic was surely on his mind.

However, the Serbian battled back, defeating Murray 6-1, 6-2 and 6-4. Murray gave Djokovic a slight scare in the final set, staging a mini-comeback. However, Djokovic put any attempts of another loss to Murray behind him.

Best in the world

The French Open title marks Djokovic’s 12th major title. Winning at Roland Garros had long been an elusive prize for the 29-year-old. Since 2011, Djokovic had reached the semi-finals or better each year, but until beating Murray, had failed to win the final.

Amazingly, Djokovic now holds all four Grand Slam titles simultaneously. The Serbian ace’s win in Paris made him the first tennis player since Rod Laver in 1969 to accomplish the feat.

Speaking after the final win over Murray, Djokovic spoke of the special moment he felt playing in the final.

"It's a very special moment, the biggest of my career," Djokovic said. "I felt today something that I never felt before at Roland Garros, I felt the love of the crowd.

"I drew the heart on the court, like Guga, which he gave me permission to do. My heart will always be with you on this court."

On the women’s side of the French Open tournament, Spanish tennis star Garbine Muguruza upset American Serena Williams in straight sets 7-5, 6-4. Muguruza had lost to Williams in last year’s Wimbledon final, but made amends to claim her first Grand Slam trophy.

Williams was on track for her 22nd Grand Slam title, something she has been chasing since last year. After her success in the Rome Masters, Williams was expected by the best and newest online sportsbooks to leave Roland Garros with the top prize.

Despite fighting a thigh injury, Williams pushed Muguruza all the way. At times, Muguruza was lucky to still be in the game, as she clawed back from break points. Despite making faults, Williams couldn’t capitalise, allowing Muguruza to dictate both sets.

In the end, Williams just didn’t have it to make a comeback against the inspired Spaniard. Williams has now lost her bid for number 22 in three consecutive Grand Slam tournaments. And many who wagered on this match lost their chances to draw on any winnings.

Following the match, still in shock from her victory, Muguruza finally addressed reporters. She spoke of her experience at the tournament.

"I'm pretty shocked still," Muguruza stated. "I think I've got to take my time and enjoy, because with tennis players it goes so fast.

"For Spanish people this is the tournament. When you're a kid and practice on clay, you're always, 'Oh, I wish I could win Roland Garros."