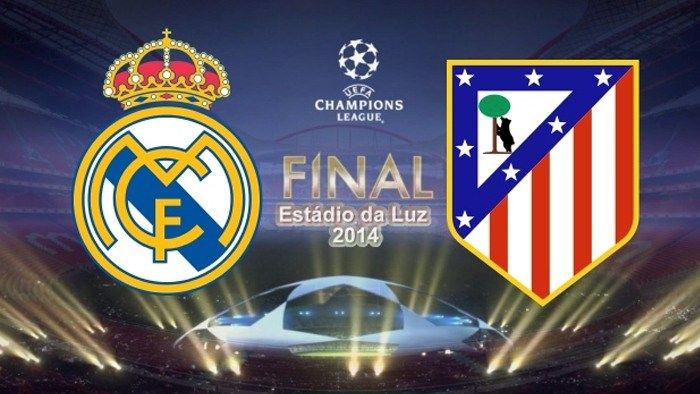 Real Madrid aim for their 11th Champions League trophy on Saturday night as Los Blancos play derby rivals Atletico Madrid. The two Madrid clubs will play in the final for the second time in three years. Real Madrid won their last meeting in the final, 4-1, although it did take extra-time.

The Road to the Final

Real Madrid have lost just once in the competition thus far, a 2-0 defeat to Wolfsburg, and have kept ten clean sheets on the way to the final. Meanwhile, Atletico have lost three times in the Champions League this season, including a loss in their semi-final second leg match against Bayern Munich. Atletico had done just enough, however, advancing on away goals.

Real Madrid rarely looked in trouble on the road to the final, outscoring their opponents 27-5. Meanwhile, Atletico were nearly as good defensively. The club scored 16 times to their opponents’ seven while keeping eight clean sheets. The Mattress Makers did find some fortune along the way as they eliminated PSV Eindhoven on penalties in the knockout round.

Of course, Cristiano Ronaldo leads Real Madrid and the club desperately need him to perform well in the final. Ronaldo missed the first leg of the semi-finals against Manchester City. Despite looking the more likely to score, Madrid lacked Ronaldo’s cutting-edge. He returned in the second leg and his play greatly improved the side.

Madrid faced an injury scare this week as Ronaldo went down in training after a collision with goalkeeper Kiko Casilla. He aggravated a thigh injury that forced him out of action in April. The injury shouldn’t keep Ronaldo out, however. The Portuguese star has vowed to play on Saturday night.

Ronaldo scored 16 times in the Champions League this season and Real Madrid were rather dependent on him in the competition. Nearest goal scorer Karim Benzema only tallied four while six other players each contributed one goal apiece. Ronaldo is currently 6/5 to score anytime on Bet365.

Similar to Real Madrid, Atletico were reliant on one man to do most of their scoring in the Champions League. Antoine Griezmann tallied seven goals to lead the team and Saul Niguez coming in second with three.

Griezmann’s play in Atletico’s first leg tie with Bayern was stellar. His ability to stretch the Bayern defence and get in behind the defenders were key in Atletico’s goals. He was also the only real outlet when Atletico began a counter-attack. Griezmann currently sits at 13/8 to score anytime in Saturday’s final.

The two Madrid sides split the points in their first derby encounter in October. Atletico won the second fixture in February thanks to a goal from Griezmann, but it is the Champions League final that will give the winner the last word.

In all, only three goals were scored over the two matches. Both were cagey affairs and the chances of repeating the five goal thriller from 2013-14 looks unlikely.

Real Madrid are favourites with several bookmakers listing Los Blancos to win in regular time at 8/11. Coral has Atletico listed 6/5 in regular time. Interestingly, Bet365 has Ronaldo to score after the 46th minute at 14/1, which could land a bettor a fantastic payout.

In spite of being favourites, Real Madrid were ordinary against Atletico this season in the two La Liga derbies. Can the red and white continue their form in the third derby of the season? Or will Real Madrid make it 11 Champions League titles?