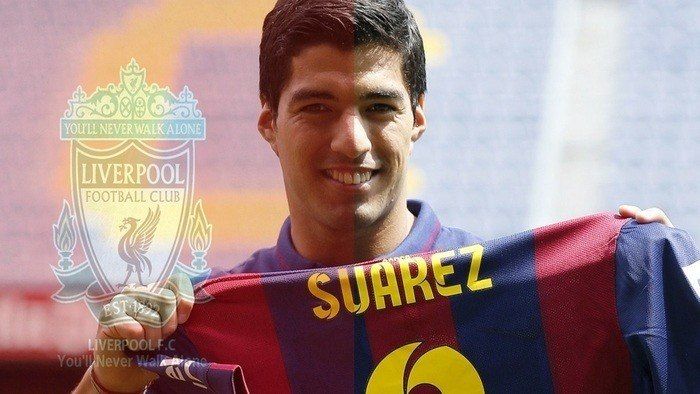 Revealed: Liverpool’s Immense Profit from the Sale of Luis Suarez to Barcelona

Suarez, who is widely considered one of the top soccer players in the world, left Liverpool last July 2014. The deal was reported to have amounted to £75 million – though Barcelona claimed that they paid closer to £65 million for the striker who has contributed greatly to their live soccer scores. Then-manager Brendan Rodgers claimed to have reinvested the money in eight new contracts and signing of several athletes.

“We continue to make solid financial progress and reported growth in our commercial, media and match-day revenues, which continues to add strength to our financial position,” said chief executive Ian Ayre in a statement.

“Last year we saw a small profit for the first time in seven years, which demonstrated our recent progress. This year the profit reported has significantly increased, which is mainly a result of the sale of Luis Suarez in July 2014 and that has already been reinvested into the playing squad. Our real financial position is closer to break-even and it is the underlying revenue growth that’s important and provides us with the long-term stability.”

The Reds report that all three main revenue streams – the media revenue, commercial revenue and match day revenue – have all continued to grow. This puts the club in a great place when it comes to major league soccer betting odds. The club’s income has steadily increased year on year since American owners Fenway Sports Group (FSG) took ownership of Liverpool F.C. in October 2010. The club also states that it continues to operate in a sustainable manner, in spite of the cost of football continuing to rise.

Total revenues increased by 16.5% to £297.9 million. Media revenue rose 21.5% from £100.9 million to £122.6 million, because of the Champions League participation and runs to the FA Cup, as well as the League Cup semi-finals. These successes are great encouragement for us all when choosing just who to wager on when visiting the newest online sportsbooks.

Following the announcement of 12 new partnerships and other renewed deals, the commercial revenue increased by 12% to £116.3 million in 2014-2015. Liverpool even opened 180 new retail outlet stores around the globe, including a standalone store in Malaysia.

Match day revenue also shot up by 15.9% to £59 million, due to Liverpool’s success in cup competitions. The Reds also retained their ninth position in the Deloitte Money League.

FSG even wrote off a £69 million club debt by turning it into equity. This effectively means that the FSG will only get the money back if they sell the club. FSG, however, never mentioned any intention of selling Liverpool FC. The Fenway Group intends to maintain a long-term commitment to rebuilding the club and seeing that it competes at the top level in Europe. In addition, FSG invested £49 million for the expansion costs of Anfield’s Main Stand. The stadium is due to reopen in time for the start of the next season.

Liverpool’s current manager Jürgen Klopp will also be given substantial funds to spend in the 2016 close-season transfer window. These funds will be used by Kloop to overhaul the squad this summer and create a team that will bend all soccer betting predictions to their favour.