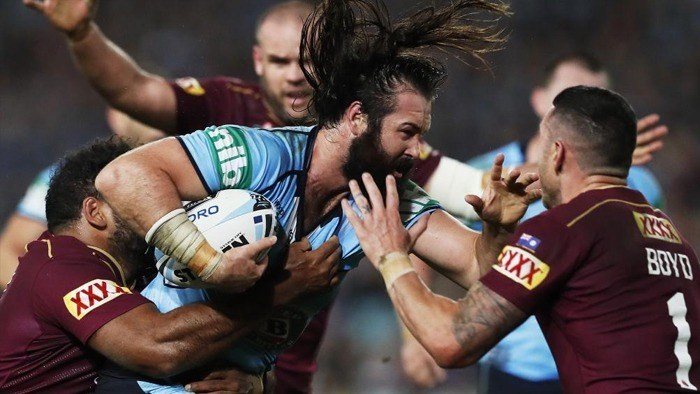 In a low-scoring game that was dominated by defence, Queensland emerged victorious over New South Wales with a 6-4 score. The Maroon’s win over The Blues at ANZ Stadium on Wednesday night was enough for Queensland to take an early advantage in the series.

The Maroons did struggle to play cohesively in Game 1, with Johnathan Thurston, Greg Inglis and Cooper Cronk all contributing to the Maroons looking pretty lost, particularly during the first half. But despite this, they were still able to come away with a two-point win after securing the lead in the 37th minute.

Here is a summary of the results of State of Origin Game 1.

If you want to know more about the recent history of the series, and players to look out for, then check out our Ultimate Guide to the State of Origin 2016.

After his debut game, Queensland’s coach Kevin Walters couldn't have been happier with the results.

“I'm just so happy for this group of players,” he said. “I mean they keep getting thrown challenges every year with Origin and somehow they just keep coming up and manufacturing wins.”

“As a Queensland person – as a Queensland fan – it's hard to explain. It's a privilege to work with these sort of guys. They’ve been brilliant and they just keep answering questions that are thrown at them.”

As for The Blues, halfback Adam Reynolds can be commended for performing well for his Origin debut. Majority of Reynolds' 569 kicking metres found ground – a luxury that NSW hasn’t afforded in the last few years. Reynolds and partner James Maloney did struggle in defence and the lead-up, but they only missed three tackles between them.

When asked about his team’s performance, NSW coach Laurie Daley said, “We had a new seven, six and one and I think most coaches will tell you when you're putting a spine together, it takes a bit of time. They'll be better in Game Two.”

Do you think NSW can do better in Game Two? If you do – or don’t – bet on it through one of the trusted sportsbooks here on hityah.com. Check out our Sports Bet site review, the official wagering partner of the NRL.

ANZ Stadium was packed with loud and excited fans – all 80,251 of them. The State of Origin Game 1 also pulled out incredible television ratings, with over 2.7 million viewers who tuned in to watch the Maroons’ victory. An estimated 1.2 million tuned into the game in Sydney, 813,000 in Brisbane and 496,000 in Melbourne. Online rugby league betting markets were also swamped with wagers.

Are you ready for Game Two? Then make sure you have your tickets to Suncorp Stadium in Brisbane! You can also place your wager on Sportsbet Origin Game 2 online. Will NSW steal a win? Or will The Maroons make their home state proud? It’s all going down on June 22.