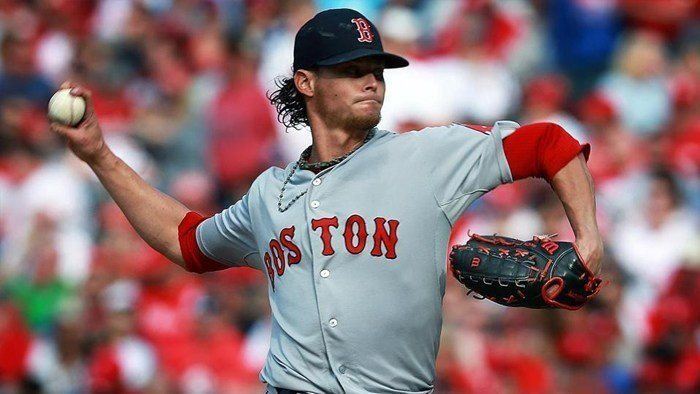 The architect of the 2004 World Series Champion Red Sox took over a putrid Cubs team at the end of 2011. The team had no real manager, an inflated payroll full of players past their prime who could no longer produce, one of the weakest farm systems in baseball, and a stadium with amenities closer to the mid-1900's than 2011.

Epstein was open and honest with the length of time his plan would take to unfold. He asked ownership and fans for patience and he promised that within 5 years, he would build a winner; and that winner he built, would have sustained success. Many doubted him along the way as he traded he immediately traded his top pitching prospect, and then a few-seasons later traded his ace pitcher for a 20 year-old shortstop, and made several other moves which few understood.

But it all makes perfect sense now. Theo's plan has come to fruition 1 year sooner than he promised, and it's going far-better than anyone could have expected.

Epstein recruited his old-pal, and fellow baseball genius, Jed Hoyer, and with these 2 at the helm, so began "The Plan."

Looking at the Cubs 2011 roster, which included Carlos Zambrano as an ace pitcher and Alfonso Soriano as the team’s top power threat (both making $16 Mil+), Epstein and Hoyer knew they couldn't win with this roster, and the hole Jim Hendry (Cubs former GM) had left them in was too great to escape from in a few years. At best, they could build a team which would hover around .500, meaning they would miss the playoffs and be in the middle of the pack in the draft for the next several years.

So instead they ripped the band aid off fast and dumped these aging, high-payroll players as fast as they could. They realized they only had a few real assets to their own team (Starlin Castro, Travis Wood, Andrew Cashner), and mostly everyone else was more of a liability. They needed to exchange these liabilities for assets. This was the most painful part of the process and there was no easy way to do it, but it has to be done.

The Cubs next began stockpiling specialty players and 3rd-4th rotation starters. In the beginning, it made absolutely no sense to anyone who didn't know The Plan. Why were the Cubs dumping proven players and replacing them with players like Scott Feldman, David Dejesus, and Scott Hairston? The reason was simple - the Cubs were going after cheap players in the offseason, who they knew would be commodities for playoff-hopeful teams during the trade deadline. Once the deadline approached, they got rid of any player of value who was not part of their core (Rizzo/Castro), and looked for as many future assets as they could get in return.

In 2011, Theo Epstein put his moneyball-style saber metrics into use and made an incredibly accurate read on the future of non-PED baseball over the next 5-10 years; there was going to be a power-outage. Epstein realized that as the game was becoming ever-increasingly dominated by pitching, the truly-great power hitters were going to be at a premium. On top of this he studied every single baseball draft over the prior 25 years and realized that the odds of a hitter exceeding expectations far exceeded that on a pitcher exceeding expectations, especially in the Tommy-John era we are now in.

Over the next 4 years, Theo spent every high draft pick and every international signing on power-hitters. This produced: Jorge Soler, Kris Bryant, and Kyle Schwarber. He traded for who he projected to be the next great power-hitter already playing - Anthony Rizzo. He now had built a core of dangerous power-hitter around which he could build his lineup.

Part 4 - Bring in Pitching (In process)

While this was expedited a bit with the Lester signing last off-season, Epstein never intended to have this good of pitching this soon. The Plan involved waiting until the young hitters developed to build the staff, and in the mean-time look for low-cost players with the potential to prosper. This has paid off with what is now known as the most lop-sided trade in the past 5 years which landed the Cubs a Cy-Young winner in Arietta.

However, this phase is still in process. It seems everyone is now interested in joining the Cubs with their renovated stadium, talented young-core, energetic player-friendly manager, and top front office. If the Cubs don’t add another arm prior to the 2016 season starting, they will likely be heavy buyers at the trade-deadline – we’re looking at you Tampa Bay.

2 key factors have led to The Plan succeeding much quicker than projected - Joe Maddon and Jon Lester. There are those who believe Lester hasn't panned out so far as his ERA is slightly higher than many expected and he has been a bit up and down this season. But his signing signified that the time had come for the Cubs. The young players now knew that the team was ready to compete with the best in baseball and was looking toward October baseball. That's the reason you sign a guy like Jon Lester.

So, as this monstrous lineup terrorizes the NL for the next 4-5 years, just remember the man responsible for its construction; the man who read the future and never cared about how he was perceived in getting there; the man who developed and successfully exercised, "The Plan."