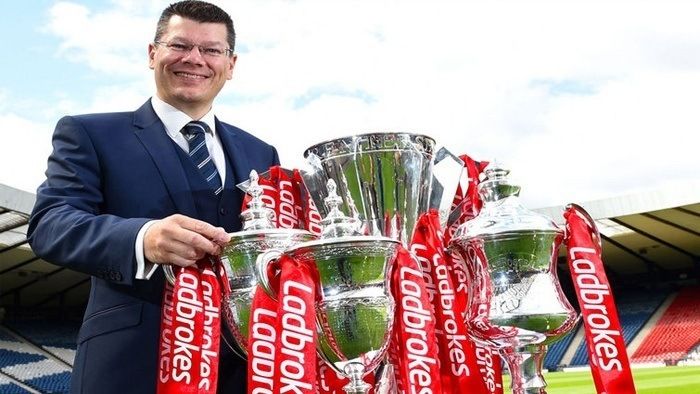 The UK gaming and betting giant Ladbrokes has been signed by the English Football Association (FA) as its new official betting partner.

Last week, it was announced that Ladbrokes beat out rivals Betfred and William Hill for this grand opportunity to partner with the FA. The exact terms of the agreement between the two parties were not disclosed. The only details that were revealed state that Ladbrokes and the FA have entered into a long-term agreement that will begin on the 1st of August. To read more about this bookmaker, check out the Ladbrokes Sports site review here on hityah.

The FA is the governing body of association football in England, overseeing all amateur and professional events. It is the oldest football association in the world. Aside from the famous FA Cup, the FA also run other football competitions, including the FA Trophy, the FA Vase, the FA Women’s Cup, the FA Women's Premier League Cup, FA Youth Cup, the FA Community Shield and the FA Inter-League Cup.

As the FA’s official betting partner, Ladbrokes will be given premium brand exposure on all of the senior men’s matches, including all of the celebrated rounds of The Emirates FA Cup. Ladbrokes will also get the in-stadium betting rights at Wembley Stadium, giving the UK bookmaker a monopoly over all of the events held at the venue. With a capacity of 90,000, the Wembley Stadium certainly gets flooded with wagers, and that does not even count the wagering on PayPal sports betting sites like Ladbrokes that fans do over their mobile phones and tablets.

William Hill is the current wagering partner of the FA, but the contract is due to expire in July. Ladbrokes appears to have outmaneuvered both William Hill and Betfred, which was rumoured to have been the company looking to succeed William Hill. Visit and sign up for Ladbrokes Sports to see what this trusted bookmaker has to offer.

Optimism for the Years to Come

Jim Mullen, Ladbrokes CEO, expressed joy and optimism at Ladbroke’s new position in the FA, claiming that the company is “at the beating heart of the beautiful game.” He stated the FA was exactly what he had in mind for Ladbrokes, knowing that many customers were engaged in online association football betting.

Ladbrokes CMO Kristof Fahy added that the company intended to be “much more than a company which hands over a cheque, sits back and hopes for the best.” Fahy states that Ladbrokes will ensure that all of its bettors and football fans can “immerse themselves in all that makes English football so brilliant.”

Martin Glenn, the CEO of the FA, echoed the enthusiasm of the Ladbrokes executives. Glenn welcomed Ladbrokes into the “outstanding portfolio of official FA partners.” Glenn also mentioned that their new partnership comes at a time when the not-for-profit FA is “investing record levels back into football at all levels of the game.”