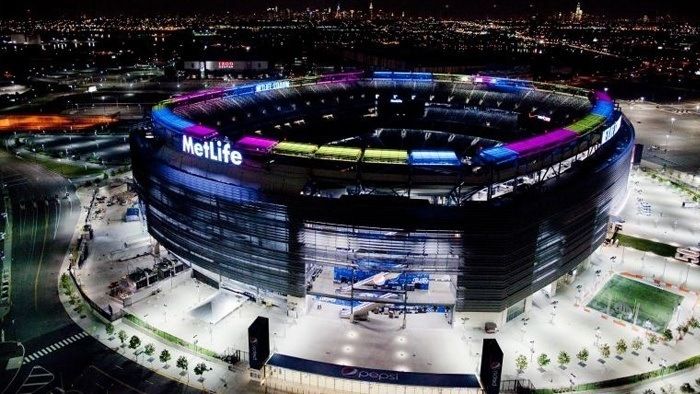 The Super Bowl: An All-City Event

In recent years, Chicago mayor Rahm Emanuel has reached out to NFL Commissioner Roger Goodell about Chicago being a host city for a future Super Bowl. There has been talk of hosting a Super Bowl in London someday to make the NFL a global experience. The weather in London can go either way. Most critics have balked at the Super Bowl being in cold weather cities; there's even been criticism of Minneapolis hosting the big game in 2018, even though their new stadium will have a dome on top of it. Despite the fact, your city might be able to handle the Super Bowl if the city has the right amount stadium size and seats, hotels, distance and other amenities.

It's time to open up the Super Bowl, and give all cities with NFL franchises that play in cold weather and in open-air stadiums a shot to host the big game in these cities. It will open up football fan and non-football fan's expose to stadium across America besides the stadiums that have been shown redundantly in previous Super Bowls. The NBA, NHL and MLB have hosted their All-Star weekends in the cities that have franchises in those respective leagues. Even the NHL has a game outside once a year at a Major League ballpark despite those games being played in arenas during the season. It's smart to reach out to their fanbase and go to where they are. They have given those franchises an opportunity to showcase their cities not only to America but to the world. Plus, Super Bowl week and the big game itself would keep on evolving because you're not showcasing it in the same cities.

Here is a list of the cities that have hosted the Super Bowl, and the number of times each of these cities has hosted the event.

The weather being warm in the city that is chosen to host it is not guaranteed. When Atlanta hosted Super Bowl XXXIV, it was in the 30s and inches of snow on the ground on game day. Also, when the Dallas area hosted the game in Jerry World a few years ago, it was a big ice storm the week of the Super Bowl, where five people were injured by falling ice. Most fans wouldn't mind attending a Super Bowl in a cold weather city, but it's not the fans that have the biggest gripe about it. It is the media, some owners and corporate sponsors. Media members shouldn't gripe about weather because they're being paid to cover the Super Bowl. Majority of the reporters won't be in the stands covering the game; they'll be watching the game in the press boxes. Plus, the corporate sponsors aren't going to be sitting with the fans in the stands watching the game; they'll be sitting in their loges throughout the game. Those people complaining about weather while sitting in their loges and press boxes is like someone complaining about a free lunch because the food's too hot. The coldest Super Bowl ever was Super Bowl IX in New Orleans at the outdoor Tulane Stadium. Yes, "hot and warm" New Orleans, the pre-Superdome days. The temperature was 39 degrees on game day with a wind chill of 24 degrees at kickoff.

Some people feel if the Super Bowl is held in a cold weather city, it would play as the determining factor in the game. If that's the case, you can say that about regular season football that's play in cold climate. I don't think the weather would play a deciding factor in a Super Bowl. In this game, the two best teams from the AFC and the NFC play against each other for the ultimate prize. Whichever team wins the game will have proven that they're the best team in the National Football League.

At the end of the game, there's going to be a champion and there's going to a runner-up. Should the Chicago Bears blame the pouring rain in Miami for their loss to the Indianapolis Colts in Super Bowl XLI instead of the bad play of Rex Grossman? Should the Denver Broncos blame the cold weather and the low altitude in New Jersey for them being embarrassed by the Seattle Seahawks in Super Bowl XLIII? That game could've been played at Cleveland's Luke Easter Park (aka Woodhill) and the Broncos still would've been blown out.

All NFL players play in cold conditions during the regular season as well as most of the playoffs. NFL players are very used to playing in bad weather conditions. Playing the Super Bowl in a cold-weather city wouldn't be foreign to them. If my team was great enough to make to the Super Bowl playing in good and bad weather conditions during the playoffs; I wouldn't care where I would have to play or the conditions because I'd strongly feel that we can win anywhere. It's also hypocritical in order for a Super Bowl to be hosted in cold weather city it has to have a dome or a retractable roof. But, most of media members and corporate sponsors have problems with coming to cold weather cities for the event. If these people are so anti-cold weather city then they should eliminate all cold weather cities even the ones with domes and retractable roofs on their stadiums, and just have them in warm cities only to level the playing field.

Now, that New York/New Jersey hosted the Super Bowl, the NFL has opened the floodgates for these cities with open-air stadiums. Some owners will start placing bids to host the Super Bowl in these cities. In fact, some owners are already planning to petition the NFL to host the big game in their respective cities. They feel if you're going to let these cities with domes and retractable roofs host the big game then why can't we host it. You can't blame them because if the NFL is going to open it up for some cities, they might as well open it up to all cities.