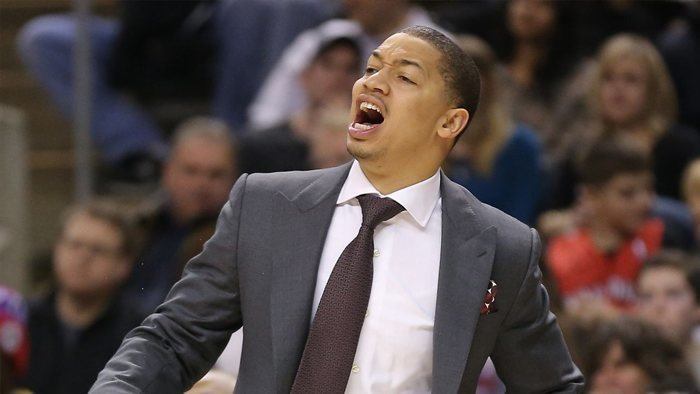 Friday, the Cleveland Cavaliers made a drastic move. The team fired head coach David Blatt Friday after a year and a half on the job. Blatt led the team to NBA Finals last season, where they lost to the Golden State Warriors in six games. They were without Kyrie Irving and Kevin Love during the series. Also, he had the Cavs at 30-11 with the #1 record in the East. Blatt is being replaced by assistant coach Tyronn Lue. Lue played in the NBA for 11 years, and he won two straight NBA Championships with the Los Angeles Lakers. He has served on the sidelines as an assistant coach for Doc Rivers with the Boston Celtics and the Los Angeles Clippers respectively.

Now, he is the head man in charge of trying to coach a team consisting of LeBron James, Kevin Love and Kyrie Irving to a championship. This season is championship or bust for Lue. Not say that Lue will be fired if they fall short of winning the title. But, general manager David Griffin and Dan Gilbert will be closely watching Lue to see how the team responds to him. The Cavs have one of the highest payrolls in the NBA, so that's to be expected of these guys.

Lue will have the rest of the season and the playoffs to prove himself as an NBA head coach. He will also have this time to see how the players will respond to him. Will he hold his star players accountable when they have their shortcomings on the court? Sources say that was a huge problem with Blatt in the film room and during the games. How will Lue handle the rotations? Blatt's rotations was always questioned throughout his tenure in Cleveland. Will The Big 3 buy into Lue's system? The players never bought into what Blatt was preaching. All of these questions will be answered by the time the playoffs roll around.