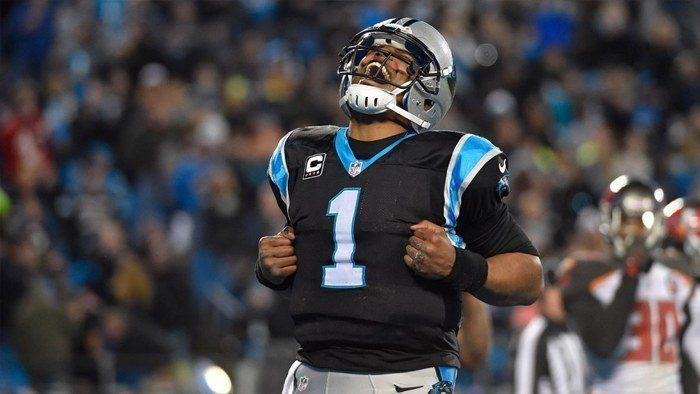 Why We Hate That We Can’t Hate Cam Newton

He’s everything we hate - his choices of post-game attire; his translucent smile; his perfect 250 lb., 6’5” build; his celebrations after every play and touchdown. We should want to scream onto the field or television set, “Someone just knock this dude out!”

But then, there’s this odd feeling that comes over us. Our left brain starts fighting our right brain; knots build in our stomach, and we start to question the last meal we ate. Because as much as we want and as hard as we try, we just can’t find a way to hate Cam Newton any longer.

It was easy to hate him at Auburn.

While he was clearly the most talented athlete in the country while playing there, he was a kid. He got in trouble – made dumb decisions. He carried himself with arrogance. And so while his play on the field was tough to argue with, his decision off it made him an easy target for our hatred.

It was easy to hate him in the draft.

“BUST!” Admit it - that’s what everyone outside of Carolina tried to convince themselves when he was taken with the #1 overall pick. You nudged your buddy as he finished his second plate of wings, “He’ll be out of the league within 3 years.”

It was easy to hate him as a rookie.

He brought his childlike arrogance with him to Carolina, and he took a beating as he took his collision-course behind a weak Carolina team. His footwork was awful, as he was constantly under pressure and often unable to determine if and when to run or to stay in the pocket. His throws to his no-name receivers were off target. Sure, you didn’t mind starting him on your fantasy team weekly, but that was only due to his rushing ability.

And then he grew to be an MVP.

In 2015, it all clicked for Cam. He turned his childlike zest for the game and arrogance into a productive, positive attitude geared towards bettering the lives of kids everywhere. You wanted to hate all his celebrations, but it was impossible as you watched him hand off touchdown after touchdown to adorable 5-year olds, who were beaming with excitement.

The stories began to roll in of Cam taking time for children often and all the charity work he did. And on top of that, Carolina built him an offense line good enough to give him the time he needed to make accurate throws. Suddenly, he transformed Ted Ginn Jr. into a top producing receiver, and Jonathan Stewart ran with a new spark. And all the while, your feelings of hate that you wanted so badly to throw at Cam began to slowly fade.

Be careful, you may even soon start liking the guy.