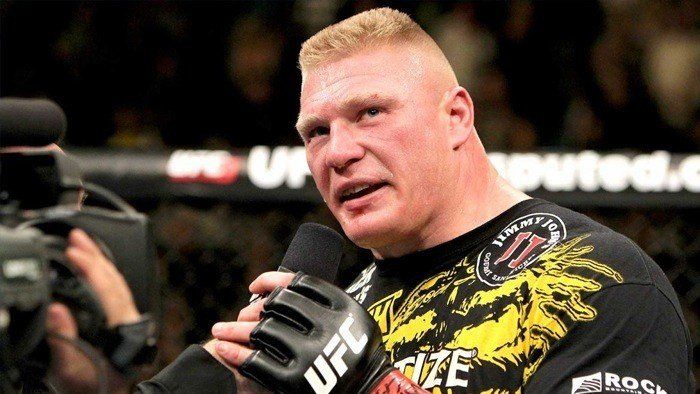 World Wrestling Entertainment (WWE) wrestler Brock Lesnar has been granted a one-off opportunity to fight for the Ultimate Fight Championships (UFC) on July 9th, according to WWE.com.

Lesnar will remain under WWE contract, however, he has been granted special permission by the wrestling company to participate at UFC 200. Lesnar is a former UFC Heavyweight Champion, fighting for the mixed martial arts company between 2008 and 2011 while on sabbatical from the WWE.

Return to the Octagon

Lesnar began fighting MMA in the summer of 2007 with fight group K-1. Three years previously he had failed in an attempt to play professional American football. Lesnar was cut from the Minnesota Vikings after a try-out with the American football franchise.

Lesnar holds a five win, three loss record in MMA fights. He was widely considered to be top draw for the UFC, and his fight against Randy Couture at UFC 91 drew over one million pay-per-view buys in the United States. Which was nearly 400,000 more buys than Lesnar’s previous event with UFC. Lesnar won the UFC Heavyweight Championship from Couture at UFC 91, and held it for nearly two years, losing the belt to Cain Velasquez in October 2010.

Lesnar appeared one more time following his title defeat, this time at UFC 141. Unfortunately for Lesnar, he failed in his bid to recapture his previous UFC glory, losing to Alistair Overeem. Following the bout, Lesnar announced his UFC retirement.

Lesnar returned to the WWE in the spring of 2012, and won the WWE’s World Heavyweight title in 2014. Since then, Lesnar has been a regular with the company and is considered one of their biggest draws.

Lesnar is not the first professional wrestler to fight in MMA. Currently, former WWE World Heavyweight Champion CM Punk is training for his first UFC fight, which is expected to take place later this year.

Dan Severn and Ken Shamrock were two of the biggest names in UFC’s early days. Both became WWE wrestlers after successful stints in the UFC. Severn even held the National Wrestling Alliance World Heavyweight Championship, while Shamrock worked for numerous MMA groups around the world.

Other than Lesnar, the biggest name to fight MMA and pro wrestling is American Bob Sapp. A former NFL player, Sapp found success in Japan working for New Japan Pro Wrestling, Pride Fighting Championships and K-1. Sapp and Japanese MMA fighter Akebono hold the record for TV ratings in Japan, thanks to their New Year’s Eve 2003 match. Sapp’s knockout win over his rival drew 54 million viewers on Japanese TV, along with 30,000 people watching in the arena.

What’s Next for the Beast?

In the spring of 2015, Lesnar signed a new three-year contract with the WWE which will keep him there until 2018. Reports indicated he had an offer on the table from the UFC, but decided against returning to the MMA organisation at the time.

His July 9th bout is still in the planning phase and no opponent has been set. UFC 200 is expected to be the biggest event yet for the group, and adding Lesnar will only increase interest in the UFC. It will be interesting to see what odds the best sports betting websites give him.

Interestingly, in a 2014 interview following his WWE departure, Punk spoke about his frustrations with the company not allowing him to participate as a second at a UFC events. He also went on to talk about the WWE’s worry of injuries in UFC fights. The WWE’s decision to allow Lesnar to fight seems to show a different direction taken by the company, one that may give the WWE an injection of legitimacy and fan interest from the mainstream.