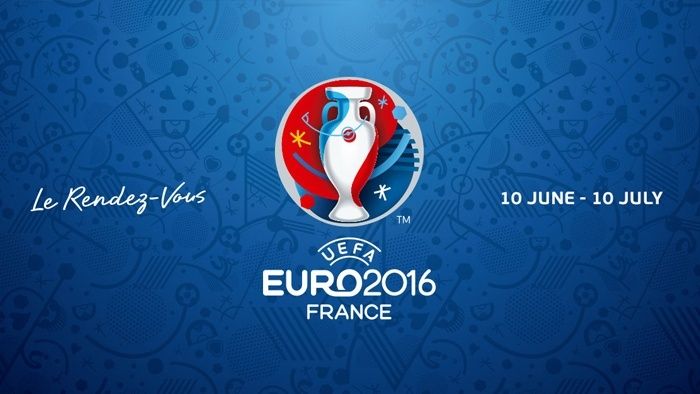 The UEFA EURO 2016 group stages are fast approaching and it’s definitely high time fans turn to the best sport betting websites to check odds for their favourite teams! This year, a new dimension will be incorporated to Europe’s premier international football competition. From the 16-team format that has been used since 1996, 24 teams will compete for the final tournament and for the Henri Delaunay Cup. Following the Executive Committee decision that was announced in Geneva on Friday 28 May 2010, France is set to host UEFA Euro 2016.

The hype for the Euro finals has grown since the inaugural competition was held from 1958 to 1960. This year, almost half of the 54 member associations of the UEFA will compete to win the European crown.

France and the UEFA European Championship

France played a vital role in establishing the UEFA European Championship. The tournament was the brainchild of French football administrator Henri Delaunay. After the organisation of the UEFA, Delaunay became its first general secretary from 15 June 1954 until his death on 9 November 1955. It was also in France where the inaugural final round which featured four teams was held. Paris hosted the final between Yugoslavia and USSR on 10 July of that year.

For France, the UEFA Euro 2016 will be the third time that France will host the finals. After the inaugural finals in 1960, the UEFA Euro finals was again held on French soil in 1984. It was also the hosts who became the winners of the spectacular final round. The memorable event in 1984 was closed with then team captain and talisman Michel Platini, brandishing the trophy with pride at the Parc des Princes in Paris. Before Michel Platini was banned from football, he was best known as the football captain who made a championship record by scoring nine goals, including two hat-tricks against Yugoslavia and Belgium.

Since their win at the UEFA Euro 1984, the French team has earned a spotlight in the world of football. In 1998, they won the FIFA World Cup. This year, the French Football Federation (FFF) will proudly host the event which will take place in Bordeaux, Lens, Lille, Lyon, Marseille, Toulouse, Saint-Etienne, Nice, Paris and Saint-Denis.

To get to the final tournament, all teams except the host nation (which qualify automatically) had to pass through qualifying stages and playoffs.

During the qualifying round, the record field of 53 nations were drawn into nine groups with five or six teams. They contested home and away fixtures between 7 September 2014 and 13 October 2015. Those who qualify for the final tournament include the nine group winners, the nine group runners-up and the best third-placed side. The last four qualifiers were then determined through matches between the eight remaining third-placed teams. For the first time, the qualifying round took place under the concept of “Week of Football,” with games running from Thursday to Tuesday.

The order of home and away ties as well as the pairing were determined by the four sides with the highest UEFA national team coefficient ranking. The first leg games were played last 12, 13 and 14 November 2015 and the returns were held on 15, 16 and 17 November 2015. In the case of a draw, the teams with the greater aggregate of goals in each tie were considered qualified for the finals.

France, along 23 qualifiers will compete in the final tournament draw. The teams will be drawn into six groups of four teams. The top two teams, along with the four best third-placed teams move to the round of 16 where it finally becomes a knockout competition.

In the 15th edition of the UEFA European Championship, the qualifying teams include Albania, Austria, Belgium, Croatia, Czech Republic, England, France, Germany, Hungary, Iceland, Italy, Northern Ireland, Poland, Portugal, Republic of Ireland, Romania, Russia, Slovakia, Spain, Sweden, Switzerland, Turkey, Ukraine and Wales. Did your favourite team make the cut for the UEFA Euro 2016 qualifiers? We hope they did so you can have a more exciting experience betting on football!

Want to find out your favourite team’s opponents during the group stages? Take a look at HitYah’s UEFA 2016 Odd Comparisons tables and learn all the details you need to effectively bet on soccer online. In this section, you will find teams identified for the groups. You will see that France – the host nation – will be in the same group as Albania, Romania and Switzerland. If you are planning on placing wagers on France, what you want to do next is check the odds. You can also do this on HitYah’s UEFA EURO page by clicking the ‘Show Odds’ button. Here you will find a list of online sportsbooks with the best odds.

It is also good to know that once you’re ready to bet, you do not have to open a new tab to get to the ideal online bookmaker. If you see that which one offers the best odds, simply click the logo and you can start to bet on EURO 2016 via Coral or other bookmakers.

If you want to check the schedule, you can click the Euro Upcoming button which can be found in the right sidebar. But for your convenience, we also included the calendar here:

Once the group stages have started, do not forget to get your pen and paper ready and visit HitYah to check up-to-date UEFA odd comparisons. You can also click the ‘Euro Results’ button in the right sidebar to check the outcome of matches that have passed.