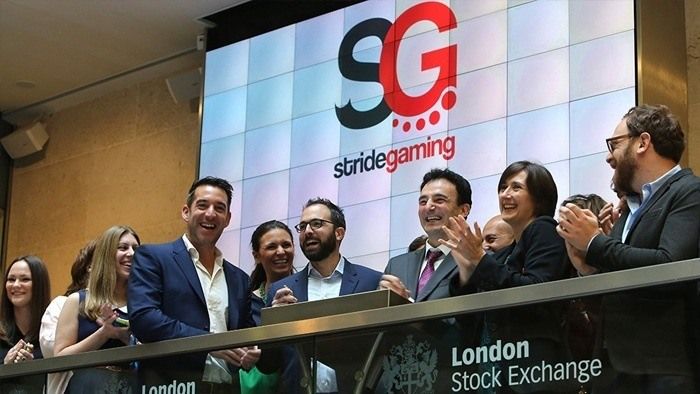 Stride Gaming may be new to the UK online bingo industry, but it is quickly growing to become one of the strongest players in the market. Just recently, the online gaming company announced its first dividend along with a 21 percent revenue increase for the six months leading to 29 February 2016.

If you are planning to invest in online gaming, consider Stride Gaming. At the moment, its shares trade at twice the level at which they were first issued to the public. Moreover, stakeholders can now enjoy some income as the board held its vow to start paying a dividend.

After Stride Gaming weighed in with a 21 percent increase in net gaming revenue to £21.6 million, the stakeholders will get 1.1p per share in June. The increase which came six months to 29 February since the shares were floated, increased operating profits (EBITDA) by 29 percent to £5.6 million. At the end of the period, the company sat on £9.9 million in cash.

More people have been playing on all new bingo sites under Stride Gaming. The strong operational performance can be credited to the number of bingo players nearly doubling up to 60,561. The yield per person remained high at an average of £114.

Stride Gaming chief executive Eitan Boyd mentioned that the group was positioned to bring “exceptional results” for the entire year. He also said that they are looking at a “very exciting” future. Stride Gaming is currently valued at £263 million. It is the company’s goal to increase its value to £400 - £500 million within five years of floating its shares on Aim. Given the fact that the group’s value is more than half of its goal within one year after listing, it is well ahead of its goal.

With the announcement of the company’s revenue increase, it is safe to say that the group can generate cash. In line with this, Stride Gaming has declared a progressive dividend policy. Boyd also hopes that this move will enable the stock to be a source of income funds.

Boyd said, “With organic and acquisition-led growth it should be a good one for the growth funds too.”

Stride Gaming strategically went into acquisition deals that delivered organic growth. After purchasing InfiApps, the online gaming conglomerate was able to expand its reach towards the area of mobile social gaming. Meanwhile, the company gained popular brands Jackpot Café, Jackpot Liner and King Jackpot when it acquired the assets and trade of Table Top Entertainment.

Expect to see more bingo sites with excellent software because Stride Gaming is strengthening its technological base through the acquisition of Nextec Software Inc. The propriety gaming platform will allow the company to venture into new territories as well as optimise its sites for its customers.