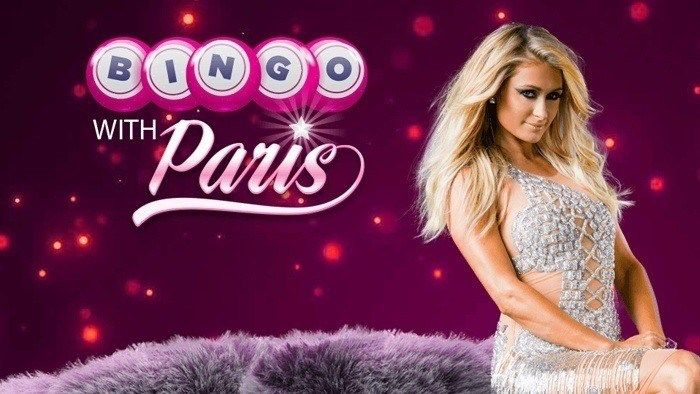 Who plays bingo? Celebrities do too!

Gone are the days when people think only of seniors playing at nursing homes when they hear the word bingo. The truth is all types of people play bingo.

A lot of people are into bingo – from students, new graduates and young professionals to executives, parents and grandparents. From hipsters to those elderly nursing home residents. It is a well-known fact that almost all people from all ages enjoy playing bingo. Even famous people and celebrities love this pastime.

It’s always interesting to hear about celebrities who share the same hobby as us ordinary folk. It makes them seem like a friend, someone who could one day show up during one of your bingo games.

Here are some of the celebrities enjoy playing bingo.

Before becoming a Hollywood actress, Catherine Zeta-Jones grew up in the lush valleys of Wales where developed a fascination for bingo. After moving to the US, the Mask of Zorro actress adapted to the local bingo style, playing with 75 balls rather than 90. Catherine Zeta-Jones regularly hosts bingo parties to entertain close friends and family, including her husband Michael Douglas and their children.

Robbie Williams is known as a multi-talented celebrity who launched his career with the award-winning band Take That. After running a successful solo singing career, he even gave acting a try. However, the little less known fact about Williams is that he is also a bingo fan. Williams enjoys the pastime and even participates in bingo competitions in Hollywood. He is known to donate his winnings to charity.

Rumour has it that both Queen Elizabeth and Prince William enjoy playing bingo with their family during private gatherings. During his training in Sandhurst military academy, the young Prince William even spent a night with his friends at a nearby bingo club. It’s not difficult to imagine the royal family playing a round of bingo after dinner in family gatherings.

It is surprising to know that a lot of political figures enjoy playing bingo – even US President Barack Obama. Rumours say that Obama is a fan of the game and that his stepmother is an avid player as well. This gives us a reason to believe that bingo could be a favourite pastime among the presidential family!

Russell Crowe has won an Academy Award, a BAFTA Award, a Golden Globe Award and a Screen Actors Guild Award, among many others. However, before becoming a decorated Hollywood actor, Crowe actually worked at a local bingo hall as a bingo caller. Unfortunately, his career in the bingo industry did not take off. Apparently, he was a potty-mouthed bingo caller who got sacked after using foul language. Nonetheless, Crowe still participates in bingo games in between filming his movies.

David Hasselhoff does not count as a bingo fan, but his recent stint as a bingo caller at Bongo’s Bingo qualifies him as part of this list. Despite never playing bingo before, Hasselhoff demonstrated an incredible energy while entertaining a crowd of 700 people during the bingo-themed club night.

With her family and personal fortune behind her, stunning Paris Hilton was a natural choice for the celebrity face of bgo bingo. Lending her panache and gigantic social media following (something like 24 million fans) to the game, Paris is sure to help spread the message that bingo is fun to play...so much so that beautiful and successful people like Paris are proud to sponsor the game.

With the number of celebrities who play bingo, it wouldn’t be surprising if during one of your games, you would be hobnobbing with these famous personalities. Visit Tombola Bingo or Ladbrokes Bingo, or check through the sidebar on HitYah to start playing online bingo now.